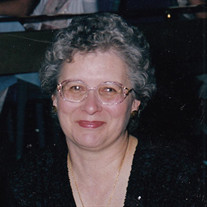 Forever and always in our hearts….Cherie Louise (Harvey) Jones, 72, of North Orwell, Pennsylvania passed away quietly at her home following a 7 year battle with Parkinson’s. Cherie was born on September 22, 1946 in Barton, New York a daughter of the late Lester and Marian (Wilber) Harvey. She was a graduate of Northeast Bradford class of 1964. On June 16th 1964, she married Ronny Llewellyn Jones and together they shared 54 years of happiness. Together they traveled the world. They started their life together living three years in Selma, Alabama where Ronny was stationed at Craig Air Force Base as a T-38 Instrument Flight Instructor. In 1967, they returned to Rome, Pa and Ron worked at GE for two years. In 1968, they purchased the farm near North Orwell and Ron started his career with IBM, Owego. While working with IBM, they moved to Longmont, Colorado for a year. They returned to home in North Orwell to be later transferred to Portsmouth, England for six years. Ron retired in 2001 and together they spent summers on the farm and winters either in Florida or Nevada where their son Brian was stationed. Cherie most of all loved her family and her God. Her favorite passions included gardening, card games, holiday decorating, BIG family get-togethers both at home and at the cabin, Bunko parties, yearly trips to Jones’ Falls Canada, camping with friends, and winters in Florida. Cherie loved to travel. She has traveled to all the United States ~ minus Iowa. She has been on four continents and set foot in thirty-seven countries. Her travels have also taken her to the Great Wall of China, cruised the Nile River, the Eiffel Tower, the Statue of Liberty, Seattle Space Needle, the Grand Canyon, Petra Jordan, and Christmas in Paris. She was once in attendance to see the Pope, rode a train from St. Petersburg to Moscow, traveled to see the manger where Christ was born, sailed the Sea of Galilee, floated in the Dead Sea, and helped change a tire 282 feet below sea level in Death Valley. Ronny and Cherie also rode a gondola to the snow caps of the Alps, cruised to Alaska, Hawaii and throughout the Caribbean, rode the Chunnel train from London to Paris, and survived an earthquake in Mexico City. Still, her overall favorite spot was rocking in her glider at the cabin overlooking the pond. Cherie will be greatly missed by her husband Ronny; her children: Gregory Jones, Brian and his wife Lynn Jones; Paul and his wife Missy Jones; Janice and her husband Mat Dewing. Her special grandchildren: (Brian’s) Jensen, Jarred and Jaedon; (Paul’s) Rachel and her husband Avery, Felicia and her husband Ethan, Chloe, Ashlyn, Sadie; (Janice’s) Alaina, Grace, Elliana, Graham, Megan, Kate, Clara and Max. Her great grandchildren: Brooklyn, London, Britton, Brayden, Trenton, and Jaxson. Her brothers and sister-in-law: Charles and Ruth Harvey; Tom Harvey; Steve and Betty Harvey; a sister and brother-in-law: Anna and Jim Ferguson. Her brothers-in-law and sisters-in-law: Fred Rosencrance, Loraine Harvey, Janice and Barry Wilkins, Darlene Dunham, Richard Newman. Numerous nieces, nephews, cousins and their families also survive. Cherie was predeceased by her parents Lester and Marian Harvey; a brother Richard Harvey; sister Donna Rosencrance; a sister-in-law Carolyn Jones and brother-in-law: Bob Dunham. Her mother-in-law and father-in-law: Llewellyn and Ruth (Taylor) Jones. Family and friends are invited to attend a period of visitation on Monday, November 5th from 4 to 7 pm at the Sutfin Funeral Chapel, 273 S. Main St., Nichols. A funeral service and celebration of Cherie’s life will follow at 7 pm. Cherie will be laid to rest on Tuesday, November 6th at the convenience of the family in the North Orwell Cemetery. Memories, condolences or your favorite picture of Cherie may be shared by visiting her guest book at www.sutfinfuneralchapel.com Those who wish may kindly consider a memorial contribution to the Hope Community Church, 3249 Montrose Turnpike, Warren Center, Pennsylvania 18851 or the North Rome Christian School, 3376 N. Rome Road, Rome, Pa 18837 in loving memory of Cherie Louise (Harvey) Jones.

Forever and always in our hearts&#8230;.Cherie Louise (Harvey) Jones, 72, of North Orwell, Pennsylvania passed away quietly at her home following a 7 year battle with Parkinson&#8217;s. Cherie was born on September 22, 1946 in Barton, New... View Obituary & Service Information

The family of Cherie Louise Jones created this Life Tributes page to make it easy to share your memories.

Forever and always in our hearts….Cherie Louise (Harvey) Jones,...