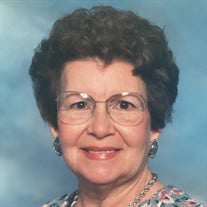 Clara A. Diaz, 92, of Waverly, NY. went home to be with her Lord on Monday morning, January 4, 2021 at her daughter’s home where she resided. Clara was the daughter of Antonio and Caridad Hernandez of Cuba and was born in El Ancón, Cuba on August 19, 1928. She lived the first half of her life in Pinar Del Rio, Cuba. She graduated with a degree in Elementary School Education and went on to teach in a three-room school. Clara married Mario J. Diaz in 1949. In 1962, Clara along with her husband and two young daughters fled to the US from Communist Cuba which was under the dictatorship of Fidel Castro. In 1963 they moved to Arecibo, Puerto Rico where she returned to school and received a degree in Library Science. She worked as a Librarian at El Colegio De La Inmaculada Concepción until her retirement in 1982. Clara was a loving wife, mother, grandmother, great grandmother and loyal friend. She enjoyed spending time with her family, but especially loved to spoil her grandchildren and great grandchildren. Clara loved her Lord Jesus Christ, her family and friends. She also loved to cook, sew and care for her flower garden. Clara is survived by her daughter and son-in-law Miriam and Gary Watson, daughter Maritza D. Ponter, six grandchildren and four great grandchildren. She is also survived by family remaining in Cuba including a sister Tonya and a brother Marco Hernandez and several nieces and nephews. Clara is predeceased by her beloved husband Mario J. Diaz, father and mother, Antonio and Caridad Hernandez, a sister Yolanda Hernandez and more recently her son-in-law Robert “Rep” Ponter. At the family’s request a graveside Christian Celebration of Life service will be announced at a later date. Clara will be laid to rest in the St. James Cemetery. Memories and condolences may be shared by visiting her guestbook at www.sutfinfuneralchapel.com Those who wish may kindly consider a memorial contribution to Samaritan’s Purse, PO Box 3000, Boone, NC 28607 828-262-1980 www.samaritanspurse.org in loving memory of Clara A. Diaz.

Clara A. Diaz, 92, of Waverly, NY. went home to be with her Lord on Monday morning, January 4, 2021 at her daughter&#8217;s home where she resided. Clara was the daughter of Antonio and Caridad Hernandez of Cuba and was born in El Ancón, Cuba... View Obituary & Service Information

The family of Clara A. Diaz created this Life Tributes page to make it easy to share your memories.

Send flowers to the Diaz family.