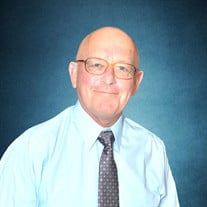 Surrounded by his family and those that meant the world to him, LTC Dennis L. Chaffee, US ARMY, Retired, 67, of Orwell Twp., Rome, Pa passed away on Friday morning, March 3, 2017. Dennis was born on January 7, 1950 a son of the late Delmar B. Chaffee and Eva Yeagle. He was a graduate of Northeast Bradford High School class of 1967 and received his BS degree in Business Administration from Drexel University in Philadelphia and his masters degree in Health Care Administration from Baylor University. On December 26, 1970, he married Christine his best friend and together they celebrated forty-six years of marriage. Dennis served his country with the US Army for 20 years. He and Christine proudly lived the army life and raised two "army brats". He started his army career at Fitzsimmons Army Medical Center in Denver, Colorado. Other assignments included Ft. Meade, Maryland; Seoul, Korea; Ft. Sam Houston, Texas; Ft. Gordon, Georgia; Washington D.C.; and he retired after serving at the Pentagon in 1991. During his career, Dennis earned many awards and commendations, including the Legion of Merit. Following his retirement, Dennis worked at Chaffee Construction with his brother Barry. He was a member of the North Orwell Union Church and served as Post Commander for the VFW Post 6824. In addition he served on the Board of Directors for the Northern Tier Solid Waste Authority for eighteen years. Dennis was also a staple at the monthly recycling collection at the North Orwell Community Hall. He enjoyed participating in many different community events. Dennis loved supporting his daughters and grandchildren throughout their adventures. This included many marching band events, basketball and soccer games, swim meets, and horse and dairy 4-H shows. His greatest blessings were being able to spend time with his family and traveling with his wife, Christine. Those left to cherish his memory, are his wife Christine; his daughters and sons-in-law: Jennifer and Jay Braund of Harrisburg, Pa; Julie and Michael Decker of Brockport, Pa; his special grandchildren: Benjamin, Anna, Madox and Jaxon; his brothers and sisters-in-law: Barry and Carol Chaffee of Rome, Pa; Alan and Jen Chaffee of VA; Tom and Julie Chaffee of Rome, Pa; his father-in-law: Frithjof Carlsen; his sisters-in-law and brothers-in-law: Ingrid Lunde of Apalachin, Arlene and Arlyn Wilbur; Conrad and Becky Carlsen; his aunts and uncles: Lois and Bruce Yeagle; Shirley and Mike Kelly; several nieces, nephews, cousins also survive. Dennis was predeceased by his parents and his mother-in-law: Lillian Carlsen. Family and friends are invited to attend a period of visitation on Monday, March 6th from 1 – 3 pm at the Sutfin Funeral Chapel, 273 S. Main St., Nichols. A memorial service and celebration of his life will follow at 3 pm at the chapel. Memories and condolences may be shared by visiting his guest book at www.sutfinfuneralchapel.com Those who wish may kindly consider a memorial contribution to the Children's Hospital of Pittsburgh Foundation, One Children's Hospital Drive, Central Plant Floor 3, 440 Penn Avenue, Pittsburgh PA 15224-1342 or www.givetochildrens.org (please specify the Heart Institute) or the Abramson Cancer Center of the University of Pennsylvania Attn: Penn Medicine Development, 3535 Market Street, Suite 750, Philadelphia, PA 19104-3309 in loving memory of LTC Dennis L. Chaffee, US ARMY, Retired.

Surrounded by his family and those that meant the world to him, LTC Dennis L. Chaffee, US ARMY, Retired, 67, of Orwell Twp., Rome, Pa passed away on Friday morning, March 3, 2017. Dennis was born on January 7, 1950 a son of the late Delmar... View Obituary & Service Information

The family of LTC Dennis L. Chaffee, US ARMY Retired created this Life Tributes page to make it easy to share your memories.

Send flowers to the Chaffee family.