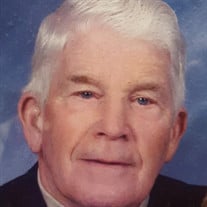 Do not go gentle into that good night. On May 8, Donald Walter Howell, 93, of the Elderwood Nursing Facility in Waverly, and formerly of Nichols, succumbed to Covid-19 after a long period of declining mental and physical health. Don was an accomplished engineer; a loving husband, father, grandfather, and great-grandfather; and a brave and honorable veteran. Don was born on February 13, 1927 in Elmira, NY, the second child of Herbert and Lois Howell. Don’s childhood was spent in various towns in upstate New York, while his family struggled through the Great Depression. When Don was eleven, his family moved to Washington, DC where his father found steady work as a machinist in the Navy Yards. In his mid-teens, Don worked at a local gas station and as a mechanic’s helper at Anderson Air Base. After the attack on Pearl Harbor and the entry of the United States into World War II, Don badly wanted to join the military. This led to his attempt to get to Canada and join the Royal Canadian Air Force, who would accept enlistees at sixteen. However, he was intercepted at the border and sent home. Don reluctantly accepted a deal from his parents. If he would wait until his 17th birthday, his mother would sign for him to join the US Navy. Don’s service was state-side until the surrender of Japan, at which time he served in Japan and China as a machinist mate on the USS Markab, a destroyer tender. Don’s last accomplishment in the Navy was to decommission the Markab in Texas, doing much of the work while leading a small team. They apparently did an excellent job, as the Markab was in service for another two decades after being re-commissioned. Donald was mustered out of the Navy in 1947, and rejoined his parents who had moved to Rome, PA. The next chapter of Donald’s life began when he met the love of his life, Emma Jean “Jean” McCabe, at the Keystone Roller Rink in Sayre. Don and Jean were married on April 22, 1950 in the Rome Methodist Church. Don and Jean had three children, Karen Lois, Dale Edward, and Donna Jean. He joined the Masonic Lodge in Rome, Pennsylvania in 1954 and remained an active member for life. Don joined IBM in 1957, working for almost three decades in the Federal Systems division in Owego, NY, retiring as a process engineer in metallurgy. During his time at IBM, he exemplified professionalism and passion for his craft. He loved to explain his projects to colleagues, who referred to him as “In Turn”. He worked on numerous military projects, most notably the Space Shuttle, and he and Jean spent several months on assignment in Germany supporting a NATO joint manufacturing alliance. In 1985, he took IBM’s first early retirement program, hoping to get 10 good years of retirement. Happily, we’re writing this 35 years later. During retirement, Don pursued numerous hobbies, including golf, hunting, fishing, carving duck decoys, fixing golf carts, and restoring antique clocks. He delighted in restoring antique clocks; at one point, visiting Don and Jean’s house was like entering a clock museum. As many as 19 clocks chimed on the hour. He was a true engineer- there was not a gadget or tool that he could not reverse engineer and improve. In retirement, he moved from fixing golf carts to rebuilding antique cars, starting from nothing but boxes of parts. After restoring classic cars, Don would show them at car shows, winning countless awards, culminating with a National Award for his immaculate 1937 Buick. Don and Jean also travelled extensively, seeing many of the National Parks in the western US and spent many winters in Florida, enjoying the warm outdoors. Don was a long-time member of the Nichols Presbyterian Church, and in retirement, he worked for many months with other members constructing a large addition on the church. Don also was an avid game player, whether cards, board games, or his favorite, Aggravation. Don made several Aggravation game boards to gift to friends and family to promote the game. For over 15 years, Don was a member of the Rome Volunteer Fire company, and was instrumental in the design and construction of their new fire station. After moving to Nichols, Don actively participated in the fire company and as an EMT on the emergency squad. Don is survived by his loving wife of more than 70 years, Jean; his children, Karen (Bill McLaren) Wahl; Dale (Beth) Howell; Donna (Ross) Rolls; two grandchildren, Gina (Bill) Holmes and Abbey (Jeremy) Clark; and seven great-grandchildren, all of whom were lucky enough to know “Gigi” well, Jakob, Andrew, Ella, Jackson, Brendan, Caroline, and Isabella; as well as a sister, June Rice. He is preceded in death by his parents, Herbert and Lois Howell, a brother, Gerald “Jerry” Howell, and a sister, Barbara Meyers. Don’s service will be held virtually, at a time to be determined. If you are interested in attending the virtual service, please send an email to [email protected] for forthcoming details. His interment will be in the Nichols Cemetery. The Howell family welcomes any and all stories, photos, and memories that Don’s friends and colleagues would like to offer. A Celebration of Life will be held at a later date. In lieu of flowers, the family asks that you donate to the Nichols Presbyterian Church or Tioga Rural Ministries, or alternatively Connect for COVID. Memories, condolence and your favorite photos may be shared by visiting his guestbook at www.sutfinfuneralchapel.com

Do not go gentle into that good night. On May 8, Donald Walter Howell, 93, of the Elderwood Nursing Facility in Waverly, and formerly of Nichols, succumbed to Covid-19 after a long period of declining mental and physical health. Don was an... View Obituary & Service Information

The family of Donald W. Howell created this Life Tributes page to make it easy to share your memories.

Do not go gentle into that good night.
On May 8, Donald Walter...

Send flowers to the Howell family.