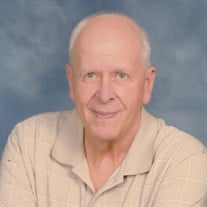 Donald Warren Manvell, 72 I loved you then, I love you still. I always have, I always will….. Donald Warren Manvell, 72, of Windham Twp., Rome, Pa passed away with his family at his side on Friday, June 21, 2019 at his home. Don was born on November 10, 1946 in Freeport, Long Island, New York the first son of Warren Marcus and Edith (Raynor) Manvell and step-son of Herbert Hill Sr., who raised him as his own. Don was a graduate of Northeast Bradford High School class of 1964 and attended Penn State University. In May 1966, Don enlisted to proudly serve his country with the US Army. Don and Bev were married on October 8th, 1966 in Rome, PA. Just thirteen days following their wedding, Don was deployed to Vietnam to serve his country for one year. Not a day went by, that Don and Beverly didn’t exchange letters and have shared nearly 53 years of marriage. Prior to returning home, he was stationed at Aberdeen Proving Ground in Maryland to complete his military duty. Don received his National Defense Service Medal, Vietnam Service Medal, Vietnam Campaign Medal and the U.S. Army Commendation Medal. On May 8, 1969 he was discharged and returned to Bradford County where he began his work at E I DuPont in Towanda. Don continued his studies at Broome Community College and received his Associates Degree in Engineering. In 1970, he and Bev had their “forever” home built in Windham Township where they were surrounded by wonderful neighbors. On December 1, 2004 following 35.49722 years, Don retired from DuPont as a Technical Specialist. Don will be remembered for his many talents and hobbies. Don enjoyed motorcycle riding, fly, ice and every kind of fishing, model airplanes, building and flying radio controlled planes, wine making, building and playing his banjo and dulcimer, family camping trips, his Roadrunner and drag racing, bonfires, Little League Umpiring, archery and hunting. Don and Bev enjoyed spending the winters in Florida with friends and family. Don was a member of the Windham Township Volunteer Fire Company Dept. 19, a lifetime member of the VFW Post 6824 and a member of the North Orwell Union Church. In years past, Don was also a member of the Valley RC Flying Club, The Stump Jumpers RC Club, and the Lockwood Flyers RC Club. Don will be greatly missed by his loving and devoted wife Beverly Dawn (Bates) Manvell ~ his wife through Infinity; his four sons: Daniel Warren Manvell and his wife Melinda of Wyalusing, Pa; William Scott Manvell and his wife Amy of Castle Creek, NY; Keith Edwin Manvell and Gail Bennett of Orwell Twp., Rome, PA; Kenneth Richard Manvell and his wife Stephanie. His special grandchildren whom he loved so dearly ~ Eva Ruth and Scott Warren; Derrick Blake, Noah Keith, Aiden David, and Ellah Rose. Don always enjoyed his close connection with his siblings and their spouses: Bruce (Chela) Manvell of El Paso, TX; Herbert H. Hill, Jr. (Donna) of Hickory, NC; Kathleen (Larry) Waddell of Cape Coral, Fla; his brother-in-law Gary R. Bates of Little Meadows, PA; a sister-in-law: Marjorie Shores of Towanda, Pa; several nieces, nephews and their families; cousins Roy Manvell, Jr., and Robert Manvell. Many very close and wonderful friends including his work, wine-making, grape picking buddy Dave “Sparky” Browning; his Army, fishing buddy Frank Parise and work, fishing, RC Flying friend David Logrando. Don’s friends were numerous and we were blessed by many faithful visitors till the end. Don was predeceased by his parents; his step father Herbert Hill, Sr., his mother-in-law and father-in-law: William and Lela Bates; a uncle and aunt Roy and Marie Manvell; Paternal Grandparents: Edwin and Catherine Manvell; Maternal Grandparents: Winston and Leona Raynor. Sisters-in-law: Cleone Foote, Mildred Bates, brothers-in-law: William Bates, Jr., and Robert Bates. Family and friends are invited to attend a period of visitation on Wednesday, June 26th from 4 to 7 pm at the Sutfin Funeral Chapel, 273 S. Main St., Nichols. A memorial service and celebration of Don’s life will be held on Thursday, June 27th at 11 am at the funeral chapel. Don will be laid to rest in the North Orwell Cemetery where full military honors will be accorded. Memories and condolences may be shared by visiting his guest book at www.sutfinfuneralchapel.com Those who wish may kindly consider a memorial contribution to the VFW Post 6824, 1468 Haighs Pond Road, Rome, PA 18837; the Windham Township Vol. Fire Co., 39158 Route 187, Rome, PA 18837 or the North Orwell Union Church, c/o Cathy Rought, c/o Cathy Rought, 53 Rought Hollow Lane, Rome, PA 18837 in loving memory of Donald Warren Manvell. Don’s family is forever grateful for the excellent care given to him by the Robert Packer Hospital and Guthrie Clinic, URMC – Rochester, NY; Guthrie Hospice and his loving and devoted daughter-in-law Steph ~ who was his absolute favorite nurse. Don was constantly surrounded by the love of his sons and their families ~ who made this whole journey possible for him.

The family of Donald W. Manvell created this Life Tributes page to make it easy to share your memories.

Send flowers to the Manvell family.