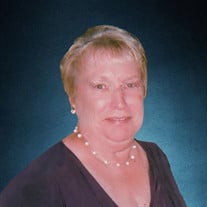 A mother holds her child’s hand for a little while and their hearts forever…..Our loving Ma and Gram Doris A. Belles, 79, of Barton, NY passed away on Thursday, February 8, 2018 following a period of declining health. Doris was born on March 22, 1938 in Sayre, Pa a daughter of the late Leon Sitzer and Louise (Raymond) Simcoe. A loving Ma and Gram, Doris treasured the time spent with her family. A talented cook ~ she enjoyed having her family over for family dinner and game nights. Many will remember Doris as she was employed by various restaurants in the valley. Summers were spent with family picnics and evenings were spent playing cards. Visits from Todd, Austin, Paige and Cooper filled her heart with love and lasting memories. It broke our hearts to lose you Gram, but you didn’t go alone for part of us went with you the day God called you home. Those left to cherish her memory are her children: Bill and Jackie Bellis, Robin and Chuck Johnson, Shawn and Jamie Belles, Kevin and Lisa Belles, Jon and Kesha Belles and Amy Jo and Bill Slack with whom she resided with; and Karl (Charito) Faulkner. Her sisters: Sylvia Moe and Linda Kraft. Affectionately known as Gram by ~ Alicia, Jennifer, Mike, Jessica, Ann, BK, Chad, JD, Courtney, Brandy, Todd, Tyler, Mandy, Brian, Megan, Dustin, Cassandra, Kendall Connor, Paige, Austin and Cooper. Numerous great grandchildren, nieces and nephews among them a special nieces Cindy Woods and Kristy Sitzer Shady. Special friends Butch and Denise Griffin. Doris was predeceased by her parents Leon Sitzer and Louise Simcoe, her son Brian K. Belles, Sr., Brothers Gary and Dale; Sisters Donna and Pat. Family and friends are invited to attend a period of visitation and time of sharing memories on Thursday, February 15th from 6 to 8 pm at the Sutfin Funeral Chapel, 273 S. Main St., Nichols. A funeral service and celebration of her life will be held on Friday, February 16th at 11 am at the funeral chapel. Memories and condolences may be shared by visiting her guest book at www.sutfinfuneralchapel.com

A mother holds her child&#8217;s hand for a little while and their hearts forever&#8230;..Our loving Ma and Gram Doris A. Belles, 79, of Barton, NY passed away on Thursday, February 8, 2018 following a period of declining health. Doris was... View Obituary & Service Information

The family of Doris A. Belles created this Life Tributes page to make it easy to share your memories.

A mother holds her child’s hand for a little while and their...

Send flowers to the Belles family.