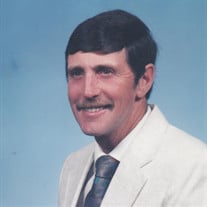 Douglas “Dozer Doug” Young, 75 Softly in the morning, you heard a gentle call, you took the hand God offered you and quietly left us all…..Surrounded by those who meant the world to him, Douglas Young, 75, of LeRaysville and formerly of Warren Center, Pa went to join his heavenly father on Tuesday morning, February 26, 2019 following a courageous battle with Cancer. Doug was born on March 11, 1943 in Waverly, NY one of three boys to late Rowena I. (Jones) and Paul H. Young. Doug was a graduate of Northeast Bradford High School Class of 1961. During his High School years, Doug participated and was a talented basketball and baseball player and later went on to coach his sons in little league. On September 9, 1961 Doug married the love of his life and his high school sweetheart Janice Hunt. Doug was a former employee of Howdy Jones Construction Company for over 25 years where they did much work for Tioga and Broome Conservation District. He also built many ponds in New York State and Pennsylvania. He finished his heavy construction career at Gorick Construction Company in Binghamton, New York. Over the years he worked with some special friends and operators to include Clair Vergason and Ken Rosenberger. Doug retired in 1999 and joined his son Chris and daughter-in-law Martha on her family farm where he assisted for over twenty years. Doug was a member of the Local 158 of IUOE (International Union of Operating Engineers) for over 50 years. He was a devoted member of the Community Independent Bible Church in Little Meadows. Doug enjoyed hunting, fishing, playing softball on the Howdy Jones Softball Team. Although his greatest treasure was the time spent with his family. Doug is survived by his wife of 57 years, Janice Young; his children: Bryan and Cathy Young of Newark Valley, NY; Chris and Martha Young of LeRaysville, Pa; and Lisa and Rick Upham of Neath; his brothers and sisters-in-law: James and Kim Young of North Carolina; Richard and Cheryl Young of Warren Center, Pa. His special grandchildren: Janean (Jim) Eastman, Kaleena Young, Brianna (Dan) VanWie, Bryce Upham, Kent (Nikki) Upham, Davis (Katelyn) Young, Marilyce Young ( and her fiancé Alex Arbelo), Levi Upham, Mike Aingworth, Chris Aingworth, Lindsey Aingworth and David Aingworth. His great grandchildren: Anna, Jimmy, Mason, Elizabeth “Liz” and Isaiah. His Aunt and Uncle: Howard and Betty Jones of Lakeland, Florida; his Aunt Patricia Johnson of Newark Valley, NY; a brother-in-law and sister-in-law: Fred and Roberta Hunt; several nieces, nephews, cousins and their families also survive. Family and friends are invited to attend a period of visitation and time of sharing memories on Thursday, February 28th from 1 to 3 pm and 7 – 9 pm at the Sutfin Funeral Chapel, 273 S. Main St., Nichols. A funeral service and celebration of Doug’s life will be held on Friday, March 1st at 11 am at the Sutfin Funeral Chapel, 273 S. Main St., Nichols. A period of visitation will also be held from 10 until the time of the service. Memories, condolences and photos may be shared by visiting his guest book at www.sutfinfuneralchapel.com Those who wish may kindly consider a memorial contribution to the Community Independent Bible Church, PO Box 344, Little Meadows, PA 18830. Precious in the sight of the Lord is the death of his saints ~ Psalm 116:15

Douglas &#8220;Dozer Doug&#8221; Young, 75 Softly in the morning, you heard a gentle call, you took the hand God offered you and quietly left us all&#8230;..Surrounded by those who meant the world to him, Douglas Young, 75, of LeRaysville... View Obituary & Service Information

The family of Doug "Dozer Doug" Young created this Life Tributes page to make it easy to share your memories.

Softly in the morning, you heard...

Send flowers to the Young family.