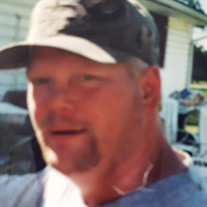 If Gomer could only have his three favorite things in the whole world and nothing else, his answer would topple out of his warmly grinning face the same way he sent a horseshoe sailing toward the sandpit when playing at The Legion. "All I need... View Obituary & Service Information

The family of Earl "Gomer" Wendela created this Life Tributes page to make it easy to share your memories.

If Gomer could only have his three favorite things in the whole...

Send flowers to the Wendela family.