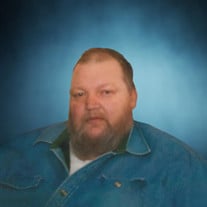 When someone you love becomes a memory, the memory becomes a treasure ~ Our loving husband, father, and grandpa Eugene P. Crawford, 62, of Windham Twp., Rome, Pa passed away on Saturday, September 26, 2015, following a brief period of declining health. “Mongo” and “Gene”, as he was affectionately known by his family and friends, was born on October 30, 1952 in Laurens, NY. On May 4, 1973, he married Linda Sampson and together they made their home in Windham and raised their two children, Chad and Cassie. Mongo enjoyed spending time in the great outdoors, whether it was hunting, riding his antique tractors, or riding the country side on his motorcycle with his wife Linda. For many years, Gene was a self-employed logger serving the Bradford County area. His smile and gentle touch will be greatly missed by his family and many friends. Gene is survived by his wife of 42 years, Linda Crawford; his mother Irene Thayer of Owego; his son and daughter-in-law: Chad and Jody Crawford of Marydel, DE; his daughter and son-in-law: Cassie and Gerard Gill of Herndon, Pa. His special grandchildren: Kyle Crawford and Gerard Gill III; his sister-in-law and brothers-in-law: Ruth and Richard Franklin of Homer, NY; Lois and Larry Brown of Windham, Pa; Jean Sampson of Windham, Pa; several nieces, nephews and their families; along with numerous dear friends. Gene was predeceased by his father and step-mother Leslie and June Crawford; his step father Paul Thayer and a sister Lisa Thayer. Family and friends are invited to attend a period of visitation and time of sharing memories on Wednesday, September 30th from 4 – 6 pm at the Sutfin Funeral Chapel, 273 S. Main St., Nichols. A funeral services will follow at 6 pm at the funeral chapel. A private family interment will be in the Laurens Village Cemetery, Laurens, NY. Memories and condolences may be shared by visiting our website at www.sutfinfuneralchapel.com Those who wish may kindly consider a memorial contribution to a charity of one’s choice in loving memory of Eugene P. Crawford.

When someone you love becomes a memory, the memory becomes a treasure ~ Our loving husband, father, and grandpa Eugene P. Crawford, 62, of Windham Twp., Rome, Pa passed away on Saturday, September 26, 2015, following a brief period of declining... View Obituary & Service Information

The family of Eugene "Gene" P. Crawford created this Life Tributes page to make it easy to share your memories.

Send flowers to the Crawford family.