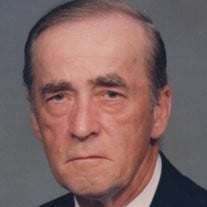 When someone you love becomes a memory, the memory becomes a treasure…..George E. Gahman, 79, of Mercur Hill Rd., Wysox, Pa passed away on Wednesday, May 8th 2013 following a brief period of declining health. George was born on September 8, 1933 in Bedminster, Pa a son of the late William and Naomi (Derstine) Gahman. A true farmer at heart, George loved to spend time outdoors riding his John Deere, tending to his gardens and visiting with others while out on deliveries for Rolling Acres. George was a member of the Orwell Bible Church, he treasured the time spent with his family and church family. George will be greatly missed by his son and daughter-in-law: Don and Marilyn Gahman of Telford, Pa; grandchildren: Daryl (Amy) Gahman, Eric Gahman, Julie (Joe) Tuohey; great grandchildren: Aubrey, Riley, Clara, Christopher and Dominic. His brothers and sisters-in-law: Emerson and Dorothy Gahman, Willard and Marty Gahman, Clyde and Joanne Gahman, Clifford and Pat Gahman; sisters and brother-in-law: Geraldine Ruth and Betty and Merle Christman. Several nieces, nephews and their families also survive. George was predeceased by his first wife Miriam (Alderfer) Gahman in January 1991; second wife Ruth C. Gahman on May 17, 2006; daughter Connie Gahman Meyers on June 2, 2008; sister Anna Mary and brother Ronald. Family and friends are invited to attend a period of visitation on Saturday, May 11th at the Blooming Glen Mennonite Church (www.bgmc.net) 713 Blooming Glen Road, Blooming Glen, PA 18911 from 10 -11:30 am. Funeral services and a celebration of his life will follow at 12 pm with Pastor Gerald Clemmer, Pastor Michael Clemmer and Pastor Richard Vieldhouse, officiating. Interment will follow in the Blooming Glen Mennonite Cemetery. A memorial service will also be held locally, on Friday, May 17th at 11 am at the Orwell Bible Church, 1749 Orwell Hill Rd., Rome, Pa 18837. A gathering and time of sharing with a meal will follow the service. Those who wish may kindly consider a memorial contribution to the Orwell Bible Church, 1749 Orwell Hill Rd., Rome, Pa 18837 in loving memory of George E. Gahman. Memories and condolences may be shared by visiting our website at www.sutfinfuneralchapel.com Caring assistance is being provided by the Cooley Family of the Sutfin Funeral Chapel, 273 S. Main St., Nichols.

When someone you love becomes a memory, the memory becomes a treasure…..George E. Gahman, 79, of Mercur Hill Rd., Wysox, Pa passed away on Wednesday, May 8th 2013 following a brief period of declining health. George was born on September... View Obituary & Service Information

The family of George E. Gahman created this Life Tributes page to make it easy to share your memories.

Send flowers to the Gahman family.