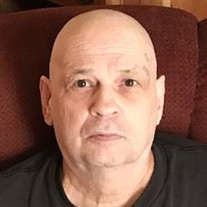 “Just because you die doesn’t mean your life is over.” ~George Garra George Joseph Garra, 69, of Wysox, passed away Thursday, May 10, 2018, after a courageous battle with pancreatic and liver cancer. Born October 14, 1948, in Buffalo, NY, George was the eldest of four children born to the late Joseph and Doris Frantz Garra. After attending Burgard Vocational High School in Buffalo, he enlisted in the US Marines in 1965 but was honorably discharged a year later due to an injury sustained. On August 11, 1980 he married Kathleen Beckwith they later divorced but the friendship remained….and he remarried Kathleen on August 9, 2000. George attended trucking school and pursued that career for the next 38 years until he was hurt on the job in 2014. George enjoyed listening to and collecting various genres of music, watching movies, reading, and, in his younger years, bowling. In addition to his parents, he was predeceased by his stepmother, Mary Maley Garra; brother, Richard “Rick” Garra, on December 30, 2017; and his 18-year-old nephew, Damian Garra, who was hit and killed by a drunk driver on August 12, 2017. He is survived by his wife Kathleen; two daughters, Christine Lancey (Mark) of Milton Mills, NH, and Roxanne Joniec of Barrington, NH; son, Joseph Hugh Thomas Garra of Wysox; granddaughters, Autumn Nicole Fuller, Alicia Sprague, Karleigh Joniec, Adrianna Joniec, Madison Garra, Allison Garra and Kammison Garra; grandsons, John Cameron and Emerson Garra; great-granddaughters, Lily Cronier and Kaleigh Sprague; sisters, Carole Lynn Holakowski (Arthur) of Buffalo and Janice Frost of Buffalo; a number of nieces and nephews; good friends, Julius Bradley, Joyce Meeks and Kristopher Sharer; close friends Robin and Charles; and his cat, Willow. Family and friends are invited to attend a memorial service and celebration of George's life on Saturday, July 7th 2018 at 11 am at the Orwell Bible Church, 1749 Orwell Hill Rd., Rome, PA A luncheon and time of sharing will follow the service. Memories and condolences may be shared by visiting his guest book at www.sutfinfuneralchapel.com Contributions in George’s memory can be made to St. Jude Children’s Research Hospital, PO Box 1000, Dept. 142, Memphis, TN 38148-0142. A donation form can be obtained at its website at t www.stjude.org.

The family of George Joseph Garra created this Life Tributes page to make it easy to share your memories.

“Just because you die doesn’t mean your life is over.” ~George...

Send flowers to the Garra family.