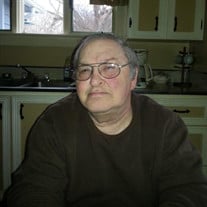 George R. Snover of Barton, NY passed away in the early morning of Friday, February 4, 2022, at the Elderwood at Waverly Long Term Care Facility due to complications following a stroke suffered in August. Born September 8, 1945, in Evanston, IL to the late Robert and Betty Snover of Montrose, PA. He is survived by his wife Linda, son Robert (Sylva, NC), daughter-in-law Jennifer, grandson Jeffery (Barton, NY), sister Luanne (Montrose, PA), brother Dale and his wife Catherine, nephew Colin (Minneapolis, MN), his dog Bailey, “psycho” cat Tiger; and numerous cousins and friends gathered through the years. He graduated from Tunkhannock Area High School in Tunkhannock, PA then continued his studies in drafting/design at Johnson Technical College, Scranton, PA. George pursued many different career paths during his life. Beginning work drafting for Bendix Corporation, continuing with Eastman Kodak where he pursued his passion for photography. While at Kodak he developed pictures for NASA of the Apollo moon landing. At one point he had his own photography business taking family photos. He next began work for UPS (United Parcel Service) where he managed a distribution hub in Schenectady, NY. Then finally winding out his career working as an accountant for New York State managing employee’s payroll in Albany, NY. He also dedicated many years as a volunteer firefighter in his local community. He retired to Barton, NY in 2009 to be closer to his family and enjoyed spending time and hosting every holiday with them. His family was always especially important to him. He took his greatest joy being “Bocka” to his grandson Jeffrey. George loved the Buffalo Bills and New York Mets with the Mets being his bigger passion. Just as important to him was animal rescue. Always picking the dog at the shelter that no one wanted, giving them a home, and enjoying their company regardless of their handicaps. His last years were spent puttering around his house, mowing the lawn, listening to country music, enjoying his garden and watching the old TV Shows of the 1950’s. His favorite shows included 77 Sunset Strip, Dragnet, and the Andy Griffith show. No formal services will be held as per George’s wish. The family is planning a memorial service to be held in late spring. His family would like to thank the compassionate staff of Elderwood at Waverly Long Term Care Facility who helped him during this tough time. Any donations can be made to your local animal/rescue center. George was a special person whose life cannot be summed up in an obituary. He faced many challenges, was always the first one to help a friend and was loved by more people than he realized. Everyone who knew him have many cherished memories that will last a lifetime. He will not be gone as long as he is remembered by those he left behind. Memories and condolences may be shared by visiting his guestbook at www.sutfinfuneralchapel.com Caring assistance is being provided by the Sutfin Funeral Chapel, 273 S. Main St., Nichols.

George R. Snover of Barton, NY passed away in the early morning of Friday, February 4, 2022, at the Elderwood at Waverly Long Term Care Facility due to complications following a stroke suffered in August. Born September 8, 1945, in Evanston,... View Obituary & Service Information

The family of George R. Snover created this Life Tributes page to make it easy to share your memories.

George R. Snover of Barton, NY passed away in the early morning...

Send flowers to the Snover family.