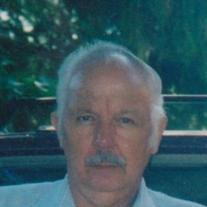 When I come to the end of the road, and the sun has set for me, remember the love that we have shared and that will comfort thee…..Howard J. “Howdy” Coleman, 75, of Warren Center, PA passed away on December 30, 2012 following a period of declining health. Howard was born on October 8, 1937 in Sayre, Pa a son of the late Fay A. and Olive E. Coleman. He was a graduate of the LeRaysville High School class of 1955. Howard proudly served his country with the US Marines and was a life member of the VFW Post 6824, Rome, Pa. In addition, he also was a life member of the Marine Corp. League, Towanda; a life member of the LeRay Lodge No. 471, LeRaysville, Pa. Howdy was a longtime employee of Vail Ballou and had retired following 41 years. He enjoyed watching sports, western and war movies. His greatest pleasures were being surrounded by his family, he enjoyed fishing, hunting and camping with them all. Howdy is survived by his wife Patricia; his children: Richard and Lori Coleman, James and Peggy Coleman, Michael and Cindy Coleman; his step children: Mike, Doug, Kevin, and Sherry Welch; Daniel Foster and Shawn Williams; his brother Brian Coleman; sister and brother-in-law: Dorothy Faye and Harrison Johnson; five grandchildren: Nathan, Zachery, Courtney, Kristi and Craig; a great granddaughter: Isabella Coleman; two step grandchildren; five step great grandchildren; two nieces and a nephew, numerous friends also survive. Howdy was predeceased by his parents, and brothers Dean and Gary. Family and friends are invited to attend a period of visitation and time of sharing memories on Thursday, January 3rd from 2-4 and 7-9 pm at the Sutfin Funeral Chapel, 273 S. Main St., Nichols. Funeral services and a celebration of Howard’s life will be held on Friday, January 4th at 11 am at the Sutfin Funeral Chapel with Rev. Dr. Karen Ballard, officiating. Interment with military honors will follow in the Neath Cemetery. Memories and condolences for Howdy's family may be shared by visiting our website at www.sutfinfuneralchapel.com Those who wish may kindly consider a memorial contribution to the Neath Cemetery, c/o Rick Upham, 223 Upham Road, LeRaysville, PA 18829 or the Susan G. Komen Breast Cancer, 5005 LBJ Freeway, Suite 250, Dallas, TX 75244 in loving memory of Howard J. Coleman.

When I come to the end of the road, and the sun has set for me, remember the love that we have shared and that will comfort thee…..Howard J. “Howdy” Coleman, 75, of Warren Center, PA passed away on December 30, 2012 following a period of declining... View Obituary & Service Information

The family of Howard "Howdy" J. Coleman created this Life Tributes page to make it easy to share your memories.

Send flowers to the Coleman family.