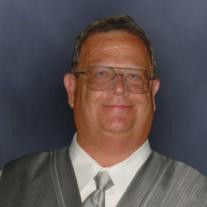 If loved could have saved you, you would have lived forever….Our hearts were broken on Tuesday, October 2, 2012 with the passing of our loving, husband, father, grandfather, brother uncle and friend….Jack Gowan, 63, of Smithboro. Jack is survived by his loving wife of 37 years Lois Eiklor Gowan; daughter and son-in-law Janet and John Merrick of Sayre, PA; daughter-in-law Kara Gowan of Kentucky; grandchildren: Shane, Dylan, Kaden and Joanna; brothers Gerald Gowan of Barton; Richard Gowan of Virginia; sister Beatrice “Petie” (Duane) Horton of Apalachin; mother-in-law: Joan Eiklor of Nichols; sisters-in-law: Paulette Gowan of VA; Lois Gowan of Nichols; several nieces and nephews among them a special niece Debbie Sherman. Jack was predeceased by a son Donald Gowan in 2008; his father-in-law: Bus Eiklor; brothers Donald, James and Robert. Jack was born on July 16, 1949 in Waverly, NY a son of the late Arthur and Alberta Gowan. He as a graduate of Tioga Central High School class of 1969. Shortly after high school he went to work as a Quality Control Inspector for IBM-Lockheed Martin. Jack retired in 2010 following nearly 40 years of service. Jack was a member of the Sons of the American Legion Post 0401, Owego. He enjoyed golfing, hunting, was an avid Mets and Giants fan. In addition, he also enjoyed spending time at Tioga Downs and watching the horse races. Jack’s greatest pleasures were found being surrounded by his family and spending time with his grandchildren. Jack had one wish and requests that his friends and family, and that is to consider becoming an organ and tissue donor, for a transplant would have allowed us more time with our husband, dad and papa. He will be forever remembered and forever missed. A period of visitation and time of sharing memories will be held on Friday, October 5th from 6 to 9 pm at the Sutfin Funeral Chapel, 273 S. Main St., Nichols. Funeral services for Jack will be held on Saturday, October 6th at 11 am at the funeral chapel with Pastor Alan S. Bill, officiating. Memories and condolences may be shared by visiting our website at www.sutfinfuneralchapel.com Those who wish may kindly consider a memorial contribution to the Tioga Center Fire Dept., PO Box 185, Tioga Center, NY 13845 and please consider the importance of becoming an organ and tissue donor, one can register at www.organdonor.gov

If loved could have saved you, you would have lived forever….Our hearts were broken on Tuesday, October 2, 2012 with the passing of our loving, husband, father, grandfather, brother uncle and friend….Jack Gowan, 63, of Smithboro. Jack is survived... View Obituary & Service Information

The family of Jack Gowan created this Life Tributes page to make it easy to share your memories.

If loved could have saved you, you would have lived forever….Our...

Send flowers to the Gowan family.