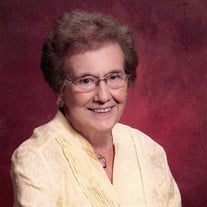 Jane (Davis) Snyder, 89, a lifelong resident of LeRaysville, Pa passed away on Monday, June 24, 2019 at the Bradford County Manor, Troy, Pa. Jane was born on November 14, 1929, in Sayre, Pa a daughter of the late Joseph and Vina (Minor) Davis. Jane was a graduate of the LeRaysville High School class of 1947. For many years, she worked as a teacher’s aide at Northeast Bradford Elementary School. Jane had a successful career with Coldwell Bankers in Towanda and was a member of the Million Dollar Club ….although she always assured us she was not a millionaire! Jane was an active member of the Dille Parish United Church of Christ in LeRaysville and treasured her church family. Jane loved crafts, knitting, sewing and traveling. A talented baker, Jane was known for the best apple pies as her dad owned the apple orchard in LeRaysville. Jane is survived by her three children, Richard (Lisa) Snyder of Granite Falls, NC, Sally (Andrew) Dewing of Warren Center, Pa and Nancy (David) Platt of Spicewood, TX. Her grandchildren: Nicholas Snyder of Wyalusing; Evan (Megan) Platt of Houston, Texas; Hannah Platt (Heather Baughman) of Austin, Texas; Matthew ( Janice) Dewing of Rome; Nathan (Delphine) Dewing of Warren Center; and Joel (Mimi)Dewing of Warren Center. Her great grandchildren: Alaina, Grace, Elliana, Graham, Megan, Kate, Clara, Max; Mikayla, Jehiel, Joellyn, Creed, Levi, Jesse, Tye; Bryn, Bob; Liam and Norah. Her brother and sister-in-law, Bill and Caryl Snyder, Wyalusing and a sister-in-law Betty Snyder from Towanda. She was predeceased by her parents Joseph and Vina Davis; a sister Mary Martha Jones and a brother Lloyd Davis. We would like to extend a special thank you for the love mom received while she was under the care of the staff at the Bradford County Manor for the last three years. Family and friends are invited to attend a period of visitation and time of sharing on Friday, June 28th from 10 to 11 am at the Sutfin Funeral Chapel, 273 S. Main St., Nichols. A funeral service and celebration of her life will follow at 11 am at the funeral chapel. Interment and prayers of committal will follow in the Neath Cemetery. Memories and condolences may be shared by visiting her guestbook at www.sutfinfuneralchapel.com Those who wish may kindly consider a memorial contribution to the Dille Parish United Church of Christ, 903 Main St., LeRaysville, PA 18829 in loving memory of Jane (Davis) Snyder.

Jane (Davis) Snyder, 89, a lifelong resident of LeRaysville, Pa passed away on Monday, June 24, 2019 at the Bradford County Manor, Troy, Pa. Jane was born on November 14, 1929, in Sayre, Pa a daughter of the late Joseph and Vina (Minor)... View Obituary & Service Information

The family of Jane (Davis) Snyder created this Life Tributes page to make it easy to share your memories.

Send flowers to the Snyder family.