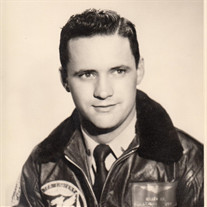 Softly in the morning, you heard a gentle call, you took the hand God offered you and quietly left us all….Our hearts were broken on Wednesday, March 29, 2017 when our loving husband, father, brother and grandfather John Patrick Miller, 83, of Tioga Center, went to his heavenly home and was reunited with his parents and sister Ann. Pat as he was affectionately known by his family and friends was born on August 29, 1933 in Carbondale, Pa a son of the late Gerald H. and Ann (Cribbs) Miller. He was a graduate of the Nichols High School class of 1951 where he excelled in various sports as baseball, basketball and track. He continued his education at Broome Tech and later graduated from Oswego State College where he received his Bachelor’s degree. Pat proudly served his country with the US Navy from 1953 to 1955. On August 22, 1959 he married Shirley LaPlante and together they made Tioga Center their home. Pat was a long time teacher of Tioga Central where he taught Industrial Arts and Math and later became a school bus driver too. Following his retirement, Pat became a seed salesman for the Seedway Company. He enjoyed visiting with area farmers often sharing stories with them. Devoted to his family, Pat also enjoyed vacationing at his camp in Fair Haven and fishing on Lake Ontario. He will be greatly missed by his family and many friends. Pat is survived by his loving wife of nearly 58 years Shirley; his children: Kathleen Miller and Brian Pickerall; Khristine and Victor Montorio of all of Virginia; John Paul Miller of Cortland; Karen Ann Miller of LaFayette; a granddaughter Kimberly Montorio; his brothers: Ed (Carol) Miller of State College, Pa; Dennis Miller of Nichols; a brother-in-law: Fred Fahey of Chicago; several nieces, nephews and their families also survive. Family and friends are invited to attend a period of visitation on Saturday, April 1st from 11 to 1 pm at the Sutfin Funeral Chapel, 273 S. Main St., Nichols. A memorial service and celebration of his life will follow at 1 pm with Deacon Michael Donovan, officiating. Memories and condolences may be shared by visiting his guest book at www.sutfinfuneralchapel.com Those who wish may kindly consider a memorial contribution to the Tioga Center Emergency Squad, PO Box 185, Tioga Center, NY 13845 in loving memory of John Patrick Miller

Softly in the morning, you heard a gentle call, you took the hand God offered you and quietly left us all&#8230;.Our hearts were broken on Wednesday, March 29, 2017 when our loving husband, father, brother and grandfather John Patrick Miller,... View Obituary & Service Information

The family of John Patrick Miller created this Life Tributes page to make it easy to share your memories.

Send flowers to the Miller family.