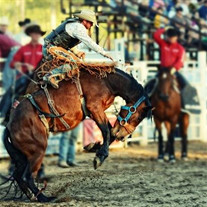 Goodbyes are not forever, goodbyes are not the end. They simply mean we’ll miss you until we meet again…. John A. Weaver, 82, of Nichols, passed away suddenly on Friday, December 28, 2018 at the Robert Packer Hospital following a brief period of declining health. Johnny, as he was affectionately known by his family and friends was born on January 27, 1936 in Lykens, Pa a son of the late Harry and Florence (Bixler) Weaver. John was a retired employee for the Town of Owego. He was a social member of the Nichols American Legion and was a longtime Mason. In his younger years, John was a bull rider and enjoyed attending many rodeos. He was also known as “Johnny Horseshoe” as he traveled all over as a Horse Ferrier. A gentleman, John will be missed by many. John will be missed by his son Scott Weaver; his sisters: Vivian Vought of Smithboro; Ruth Wetzel of Valley View, Pa; his nieces, nephews and their families: Kevin (Cindy) Vought, John (Barb) Vought, Tim (Crystal) Vought, Linda Vought, Lisa (Gary) Jackson, Mary Fox, Lynn (Thomas) Hausman, Michelle (Phillip) Lanachia; Barbara (Richard) Casselbury; several cousins also survive. John was predeceased by his parents Harry and Florence Weaver and a brother Raymond Weaver. Family and friends are invited to attend a period of visitation and sharing memories on Saturday, January 5th from 4 to 6 pm at the Nichols American Legion, 1 Dean Street, Nichols, NY 13812 Memories and condolences may be shared by visiting his guestbook at www.sutfinfuneralchapel.com Caring assistance is being provided by the Cooley Family of the Sutfin Funeral Chapel, 273 S. Main St., Nichols.

Goodbyes are not forever, goodbyes are not the end. They simply mean we&#8217;ll miss you until we meet again&#8230;. John A. Weaver, 82, of Nichols, passed away suddenly on Friday, December 28, 2018 at the Robert Packer Hospital following... View Obituary & Service Information

The family of John A. Weaver created this Life Tributes page to make it easy to share your memories.

Send flowers to the Weaver family.