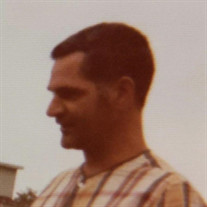 Perhaps the stars in the sky are loved ones letting us know they are near by guiding us through the night…Joseph G. Rossi, Sr., 83, of Ridgeway, South Carolina passed away on June 13, 2020. Joe was born on a cold winters day on December 9, 1936 in Brooklyn, NY one of seven children of Mary (Agnelli) and Anthony Rossi, Sr. At a young age, the family left Brooklyn and moved to Litchfield, Pennsylvania. Joe was employed along with his three brothers at the label factory in Sayre. He also worked for his brother Charlie at Morton Cleaners for fifteen years. In 1987, Joe moved to South Carolina although he always considered Litchfield his home. He loved going to watch the races at the Owego and Chemung race track with his boys. Joe was also a volunteer at the Waverly Fire Department and enjoyed spending time on the farm with his family ~ he greatly loved and treasured his parents. Joe is survived by his wife Pamela Rossi of S. Carolina; his sons and daughters-in-law: Michael (Pat) Rossi of Catasauqua, Pa; Joseph Rossi, Jr. of Bloomfield, NY; Anthony (Gail) Rossi of Pantepo, NC; his siblings: Willie (Don) House; Charlie (Shirley) Rossi; Anthony Rossi, Jr.; seven grandchildren; many nieces, nephews and cousins also survive. Joe was predeceased by his father Anthony Rossi, Sr., on May 10, 1982, Mary (Agnelli) Rossi on December 14, 1987; his sisters: Marie T. Snyder on November 11, 1998; Yolanda Rossi Stickel on June 22, 2008; and a brother John Rossi on February 18, 2017; son Mark Rossi on April 12, 2018; sister-in-law: Linda Rossi on March 15, 2020; daughter-in-law: Lori Rossi on Dec. 15, 2013. A graveside service will be held on Saturday, August 1st at 11 am on the hill at the Rossi Family Cemetery. Memories and condolences may be shared by visiting his guestbook at www.sutfinfuneralchapel.com Caring assistance is being provided by the Cooley Family of the Sutfin Funeral Chapel, 273 S. Main St., Nichols.

Perhaps the stars in the sky are loved ones letting us know they are near by guiding us through the night&#8230;Joseph G. Rossi, Sr., 83, of Ridgeway, South Carolina passed away on June 13, 2020. Joe was born on a cold winters day on December... View Obituary & Service Information

The family of Joseph G. Rossi Sr. created this Life Tributes page to make it easy to share your memories.

Perhaps the stars in the sky are loved ones letting us know they...

Send flowers to the Rossi family.