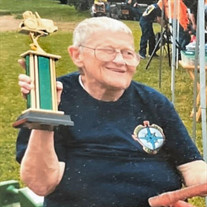 To Watch Kevin's Live Stream: ClickHere On Friday, April 29, 2022, Kevin L. Davey, 65, went to be with Jesus. Kevin was loved by all who met him and will be greatly missed. March 18, 1957 Kevin came into the world, in Johnson City, NY as a special baby with an undiagnosed chromosomal disorder. His mother, Betty, listened to nothing the doctors said and was an unstoppable force in his life. The 4th of 7 children, Kevin was a happy child and brought laughter to everyone he encountered. He was eventually diagnosed with Prader-Willi Syndrome (PWS). Kevin has lived in a group home with other PWS friends in Corning, NY since 1989. Kevin always enjoyed family Christmases where he could dress up as Santa and “Oh, Oh, Oh” his way into immortality. His siblings took over the role of guardians when Betty passed and have been as fierce of protectors as his mother was. Kevin worked for Steuben ARC until his retirement in 2015. Since then, he has volunteered with Meals on Wheels, at Three Rivers Nursing Home calling BINGO, at the SPCA, and was a greeter and longstanding member of Victory Highway Church in Painted Post. He enjoyed bowling, horseback riding, puzzles, word finds, and movies in his spare time. His greatest joys have always been spending time with his family, the Dallas Cowboys, and of course, food! Kevin loved his annual shopping trip with Jamie Loch and Pat Clark where he purchased a gift for every niece, nephew, and grandniece/nephew. He constantly defied expectations and stubbornly fought back from pneumonia and even COVID several times this last year. Kevin has been a beacon of love for his family and brings them together in a way no one else ever could. We are the lucky ones to have the blessing and honor to have had Kevin in our lives. As one of the oldest surviving PWS cases in history, Kevin has been a test for all his doctors and caregivers. The family owes them a great deal for the extended life he was able to live and a special thank you to Pathways staff for giving him the best life possible for all these years. For the last two weeks Jamie and Randy Loch have given him a loving place to be and we can’t thank them enough. Kevin was predeceased by his parents Francis “Red” and Betty J. Davey, and his most beautiful niece Ciara. He is survived by his siblings Judy (Frank) May, Allyn Davey, Bill (Kathy) Davey, Tim (Barb) Davey, Jody (Rick) Griffith, Jamie (Randy) Loch. Kevin is also survived by aunts, uncles, cousins, nieces and nephews, grandnieces and grandnephews too numerous to name. Kevin also leaves behind his fishing buddies Don & Marie Hardic and the staff and other residents at Pathways, Inc. who have been an integral part of his life. A special thank you to everyone who made time to visit Kevin in his last few weeks. You made his final days special. Family and friends are invited to attend a period of visitation on Friday, May 6th from 5 to 7 pm at the Sutfin Funeral Chapel, 273 S. Main St., Nichols. A celebration of Kevin’s life will be held on Saturday, May 7th at 10 am at the funeral chapel. Kevin will be laid to rest next to his parents in the Maine Cemetery. Memories and condolences may be shared by visiting his guestbook at www.sutfinfuneralchapel.com Donations In Kevin’s honor may be made to Pathways, Inc., 33 Denison Parkway West, Corning, 14380 and/or Hospice of the Sacred Heart, 53 Glenmaura National Blvd. Suite 120, Moosic, Pa 18507

To Watch Kevin's Live Stream: [ClickHere]https://my.gather.app/remember/kevin-davey On Friday, April 29, 2022, Kevin L. Davey, 65, went to be with Jesus. Kevin was loved by all who met him and will be greatly missed. March 18, 1957 Kevin came... View Obituary & Service Information

The family of Kevin L. Davey created this Life Tributes page to make it easy to share your memories.

Send flowers to the Davey family.