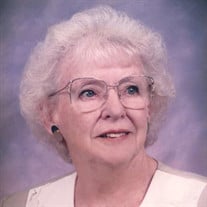 Lois B. Yeagle Lois B. Yeagle, was born on June 14, 1928 in Windham, Pa a daughter of Mildred and Erwin Boardman and passed away at home with her family at her side on her birthday at the age of 92. A life long resident of Windham Township, Lois graduated as Valedictorian from Rome High School at the age of 16. Following high school Lois attended Mansfield State Teacher’s College and Ithaca College for her Master’s in Music where she completed 45 additional credits towards her doctorate. She taught music in the Towanda School district for 40 years and was proud of the fact that she only missed one day of school. Lois was a devoted member of the North Orwell Union Church where she played the organ beginning as a teenager and only stopping recently. She was very involved in the Ladies Auxiliary. Lois was also active in the Pennsylvania Association of School Retiree’s and served as the Director of Region 3 as well as serving as the secretary/treasure of the local chapter. On June 16, 1951 she married Bruce H. Yeagle ~ together they have shared 69 years of happiness and have worked side by side at the family farm. Lois was an avid reader and enjoyed tending to her flower gardens and her yard. She and Bruce spent many years traveling to historic sites and civil war battle fields. She was a long-time volunteer at the Towanda Skilled Nursing Facility. Lois will be greatly missed by her husband Bruce H. Yeagle; her children: Sharon (Tom) Kozlowski; Sandy (George) Batrowny; Tracy (Linda) Yeagle; her grandchildren: Molly Batrowny, Brooke (Colin) Sinko, Zachary Kozlowski, Jacob (Liz) Kozlowski, and Tyler Yeagle. Her great grandchildren: Maxwell and Jack Sinko, Matthew Kozlowski and was anxiously awaiting the arrival of another great grandson. Lois is also survived by her sister Beryl Boardman Cleary, a brother-in-law: Michael Kelly; several nieces, nephews and their families also survive. Lois was predeceased by her parents, a son Mark Yeagle; brother Donald (Nelsie) Boardman; sisters-in-law: Eva Yeagle and Shirley Kelly; and a brother-in-law: James Cleary. Family and friends are invited to attend a period of visitation on Thursday, June 18th from 1 to 2:30 pm at the North Orwell Union Church, 34203 PA Route 187, Rome, PA. A funeral service and celebration of her life will follow with her pastor Rev. Philip Wanck, officiating. Interment and prayers of committal will follow in the Orwell Valley Cemetery. Memories and condolences may be shared by visiting her guest book at sutfinfuneralchapel.com Flowers will be provided by the family. Memorial contributions may be directed to the North Orwell Union Church, c/o Cathy Rought, 53 Rought Hollow Lane, Rome, PA 18837 or Guthrie Hospice, 421 Tomahawk Rd, Towanda, PA 18848 in loving memory of Lois Boardman Yeagle.

Lois B. Yeagle Lois B. Yeagle, was born on June 14, 1928 in Windham, Pa a daughter of Mildred and Erwin Boardman and passed away at home with her family at her side on her birthday at the age of 92. A life long resident of Windham Township,... View Obituary & Service Information

The family of Lois Boardman Yeagle created this Life Tributes page to make it easy to share your memories.

Send flowers to the Yeagle family.