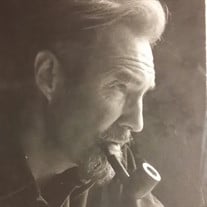 Louis W. Roeper, 92, of Sayre, Pa and formerly of Greenville, Orange County, NY passed away peacefully at his home on Sunday, January 8, 2017. Louis was born on October 18, 1924 in Long Island City, NY a son of the late Peter and Frida Roeper. He was a graduate of Bayside High School Class of 1942 and the New York State Institute of Agriculture in Farmingdale, NY. Louis proudly served his country with the US Army and following an honorable discharge, he operated the Stonehedge Farm in Greenville a poultry farm. On April 24, 1949 at the St. John’s Lutheran Church in Middletown, NY he married Marguerite Groh, together they shared sixty-five years of marriage until her passing on January 27, 2015. Louis and Marguerite owned and operated the Marlu Costumes ~ a Theatrical Costume rental business. In 1981, they sold the business to their daughter and son-in-law Hazel and John Goldstein and in 2007 they celebrated 50 years of business. Louis was proud to be a part of the Greenville community where he served various positions as the Assessor, Town Justice, Zoning and Planning Boards. In addition, he also served on the Orange County Water Agency and the Orange County Environmental Commission and was president of the New York State Assessors Association. Louis and Marguerite were active members of the St. John’s Lutheran Church where he also served as Council President and was instrumental in their building project. Louis also devoted many hours to his Windham Community where he was a charter member of the Windham Community Fire Dept. Auxiliary and served on the Hall Committee. He also served as a transport driver for Sayre House. Louis enjoyed gardening, fishing, hunting and spending time walking in the woods and was a 34-year member of the Laurel Hunting club. Louis is survived by his children ~ daughter and son-in-law: Hazel (Roeper) and John D. Goldstein of Port Jervis, NY; Andrew P. and Chase W. Roeper of Lyndeborough, New Hampshire; Susan (Roeper) and Thomas A. Monaco, of Catlett, VA; his grandchildren and their spouses: Jacqueline M. Goldstein and Lev Tsenovoy of NYC; Brian P. and Joanna Goldstein of Middletown, NY; Cassandra and David Miller of Christianburg, VA; Nicholas T. Monaco and fiancé Katie Tanner of Arlington, VA; great grandchildren: Thomas and Andrew Miller; Rylynne Goldstein; Cameron Tsenovoy; brother and sister-in-law: David Bowman of Williamstown, MA; Ann Roeper of Middletown, NY. Many nieces, nephews and their families also survive. He was predeceased by his parents, his wife Marguerite; brothers Richard and Albert and sister Ruth. At his request, there will be a private service in the spring. Memories and condolences may be shared by visiting his guest book at www.sutfinfuneralchapel.com Those who wish may kindly consider a memorial contribution to the St. John’s Building Fund, 391 Mt. Hope Rd., Middletown, NY 10940 in loving memory of Louis W. Roeper.

Louis W. Roeper, 92, of Sayre, Pa and formerly of Greenville, Orange County, NY passed away peacefully at his home on Sunday, January 8, 2017. Louis was born on October 18, 1924 in Long Island City, NY a son of the late Peter and Frida Roeper.... View Obituary & Service Information

The family of Louis W. Roeper created this Life Tributes page to make it easy to share your memories.

Send flowers to the Roeper family.