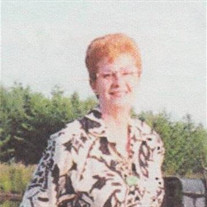 Margaret June Brown, 88, of Rome, Pa passed away at her home, surrounded by those she loved, on July 14, 2015. Tough as nails, soft as silk, classy and crude. That was Margaret June Brown. Known as "Booner" or "June Bug" but no one ever... View Obituary & Service Information

The family of Margaret June Brown created this Life Tributes page to make it easy to share your memories.