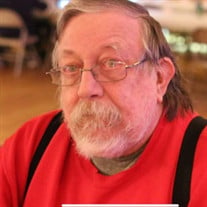 Not sure what to send?

When someone you love becomes a memory... the memory becomes a treasure ~ Raymond Zelaska, 74, of Nichols passed away on Tuesday, January 25, 2022 following a period of declining health. Ray was born on April 22, 1947 in Johnson City, NY a son of the late Michael and Martha (Kuzemka) Zelaska. He attended school in Johnson City and was a graduate of Johnson City High School class of 1965. During his school years, he was employed alongside his uncle at the Lander Corporation ~ a perfume factory in Binghamton. Following graduation, he enlisted into the US Army. His service took him on adventures around the world. Upon an honorable discharge, Ray started his employment with IBM Endicott and retired from IBM Glendale following 33 years of service. On August 12, 1983 he married Dianne Phillips and together they shared 37 years of marriage. An avid fisherman, Ray also enjoyed hunting, sailing, playing hockey and reading Si-fi books. His children and grandchildren will forever remember his act of storytelling and hearing about his many adventures exploring as a pilot. Over the years, friendships were also formed as he had an interest in video games and was a knowledgeable Magic player. Ray will forever remain in the hearts of his wife, Dianne; his children, son and daughter-in-law: Nicholas A. and Janet Zelaska; daughters and son-in-law: Tanya M. Zelaska and Robert Elliott; and Alicia M. Zelaska. His grandchildren who were the love of his life: Jaycie, Kean and Alexandria. Ray is also survived by his sister and brother-in-law: Rebecca and William Jackson; a brother Russell Zelaska. He was predeceased by his parents, grandparents, several aunts, uncles, and a niece Emma Jackson. A celebration of his life will be held on Saturday, June 11th from 12 - 2 pm at the Kirby Park in Nichols. Memories and condolences may be shared by visiting his guestbook at www.sutfinfuneralchapel.com Those who wish may kindly remember the family with a gift of remembrance and mailed to Mrs. Dianne Zelaska, 789 Decker Hill Road, Nichols, NY 13812 in loving memory of Raymond Zelaska.

When someone you love becomes a memory... the memory becomes a treasure ~ Raymond Zelaska, 74, of Nichols passed away on Tuesday, January 25, 2022 following a period of declining health. Ray was born on April 22, 1947 in Johnson City, NY a... View Obituary & Service Information

The family of Raymond Zelaska created this Life Tributes page to make it easy to share your memories.

When someone you love becomes a memory... the memory becomes...

Send flowers to Raymond's A Celebration of His Life.