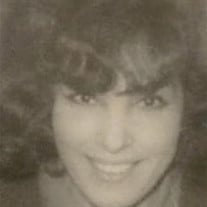 “When tomorrow begins without me, don’t ever think we are far apart…for every time you think of me I will be right here within your heart.” Rosario Frost, of Nichols passed away peacefully with her family by her side on Monday morning, July 30, 2018 at the Robert Packer Hospital. Rosario was born on September 18th in Sevilla, Spain a daughter of Teodoro Giraldez and Rosario Rodriguez. On March 15, 1968 she married Richard “Jack” Frost. Together they traveled the world and shared 50 years of marriage. She was a generous and kind wife, mother and grandmother. Rosario would offer to help anyone in need. She and Jack enjoyed traveling, hosting parties by the pool, gardening, and being surrounded by family. Rosario will be greatly missed by her husband Jack; her children: James (Karen) Jorgensen of Binghamton; Gary Jorgensen of Nichols; Michael Frost of Los Angeles, CA; Linda (Jim) Franzese of Nichols. Her special grandchildren: Carmen Jorgensen, Brandy Jorgensen and Shawn Jorgensen; great grandchildren: Domanic, Jeremy, Nathan, Natalie, and Noah. Her brother Teodoro Giraldez of Spain; a brother-in-law: David Frost; sister-in-law: Joyce Frost. Several nieces, nephews, cousins among them JuanLuis and Paqui. Rosario was welcomed into heaven by her son-in-law: Jeff Quick; daughter-in-law: Debbie Jorgensen; grandson Casey Quick; sister Angeles Giraldez and a brother-in-law: Philip Frost. Family and friends are invited to attend a period of visitation on Saturday, August 4th from 11 to 1 pm at the Sutfin Funeral Chapel, 273 S. Main St., Nichols. A memorial service and time of sharing the special gift Rosario was to all of us will be held at 1 pm. Interment will be held at the convenience of the family in the Nichols Cemetery. Memories, condolences, and photos may be shared by visiting her guest book at www.sutfinfuneralchapel. Rosario had a huge heart and always wanted to help children. The family requests that memorial contributions be directed to the Tioga Central Spanish Club for their trip to Costa Rica next year Tioga Central Spanish Club, (Trip Donation in the memo), 27 Fifth Ave., Tioga Center, NY 13845 in loving memory of Rosario Frost.

&#8220;When tomorrow begins without me, don&#8217;t ever think we are far apart&#8230;for every time you think of me I will be right here within your heart.&#8221; Rosario Frost, of Nichols passed away peacefully with her family by her side... View Obituary & Service Information

The family of Rosario Frost created this Life Tributes page to make it easy to share your memories.

“When tomorrow begins without me, don’t ever think we are far...

Send flowers to the Frost family.