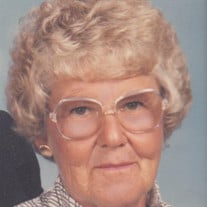 Mom was the youngest child of Robert and Edna Cook. She grew up on the farm at Gillett’s Bridge and spent much of her childhood as the recipient of practical jokes from her 9 older brothers and 1 sister. The boys in the family wanted another brother and many of her lifelong friends knew her as “Johnny Ruth”, a name her brothers had christened her with. She graduated from the Robert Packer school of nursing and worked first at Lourdes hospital in Endicott. Later she was the school nurse at the elementary school in Nichols, NY. She married Harold “Willy” Moore on August 11, 1950. They shared 55 years together until his death in August of 2006. They moved to North Orwell and built a home in 1960. Willy continued to work with his brother Gerald at Moore’s Truck Service. In 1962 he started Moore’s Auto Sales. Mom was an integral part of the fledgling business. She cleaned and waxed many cars in their one car garage. Her life in North Orwell revolved around raising their 3 sons, Steve, Dan and Tim. Washing the grass stains out of Little League uniforms, volunteering at the community hall and making plans for the annual trip to Canada. Always busy. She even served as referee when the occasional BB gun fight got out of hand! Her real passion was swimming. Forty straight summers she taught adults and children from around the area in her backyard pool. One of her proudest life accomplishments was when after 32 years she quit smoking “cold turkey”. She was diagnosed with breast cancer in 1985. The combination of the two made her an ardent anti smoker and American Cancer Society supporter. For many years she was the area leader for TOPS group. Recording weight and dishing out encouragement on a weekly basis. In 1972 Moore’s Auto moved to its present location. As time passed all the boys became a part of the business. Mom pitched in to jockey cars, pump gas and do whatever necessary so she could spend time with her boys. She even plucked a few turkeys in the clean up shop after a successful hunt! Mom always said that washing the showroom windows was her best exercise and for years they continued to shine with her weekly attention. Rain, sun or snow she enjoyed her many fans driving by beeping and waving as she completed her rounds. She was predeceased by her husband Harold “Willy” Moore. Her nine brothers Francis (Josephine)Cook; Raymond aka “Sport” (Ruth) Cook, Clarice (Ed) Daugherty, Robert (Cidney) Cook, Edward (May) Cook, Lawrence aka “Al” (Marion) Cook, Harold aka “Jake” (Claudia) Cook, Marshall (Betty) Cook, Manville aka “PeeWee” Cook. She is survived by Steve and Carrie Moore of Boise, Idaho; Dan and Robin Moore of North Orwell, Tim and Jenny Moore of Rome, Pa. A sister-in-law: Sherry Cook; Her grandchildren: Cassie and Mackenzie Moore; Jeremy Rosencrance and Melissa Hance, Rebecca and Blake Leach, Nicky and Scott Bulizak. Numerous great grandchildren, nieces, nephews and cousins also survive. A celebration of her life will be held at the North Orwell Union Church on Saturday, June 27, 2020 at 11 am. A luncheon and time of fellowship will follow at the North Orwell Hall. Interment will be private at the family’s discretion at the North Orwell cemetery. Memories and condolences may be shared by visiting her guest book at www.sutfinfuneralchapel.com Flowers will be provided by the family and memorial contributions shall be directed to the North Orwell Union Church c/o Cathy Rought, 53 Rought Hollow Lane, Rome, Pa 18837 or the North Orwell Hall Association, c/o Karen Brown, 2749 N. Orwell Road, Rome, PA 18837 in loving memory of Ruth Cook Moore. Caring assistance is being provided by The Cooley Family of the Sutfin Funeral Chapel, 273 S. Main St., Nichols.

Mom was the youngest child of Robert and Edna Cook. She grew up on the farm at Gillett&#8217;s Bridge and spent much of her childhood as the recipient of practical jokes from her 9 older brothers and 1 sister. The boys in the family wanted another... View Obituary & Service Information

The family of Ruth Cook Moore created this Life Tributes page to make it easy to share your memories.

Mom was the youngest child of Robert and Edna Cook. She grew...

Send flowers to the Moore family.