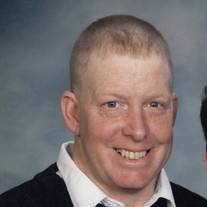 No farewell words were spoken, no time to say goodbye, you were gone before we knew it and only God knows why…..Vincent A. Neville, 58, a well-known and respected dairy farmer passed away suddenly on Wednesday evening, May 24, 2017 at his farm. Vince was born on February 13, 1959 a son of James B. and Agnes (Riley) Neville. He was a graduate of the Northeast Bradford High School class of 1977. On December 17, 1977 he married Debra E. Stewart. Vince and Deb purchased the Jones farm, where he had worked following high school from dear friends and mentor Russell and Carol Jones in 1996. They have continued to operate as Vin-Deb Farms. He looked forward to attending the Troy and Wyoming County Fairs with his family each year. Truly community minded, Vince was a long time member of the Warren Township Volunteer Fire Department, currently serving as Chief, LeRay Lodge and LeRaysville Order of Eastern Stars and was active in 4-H. He will be greatly missed by his fellow firemen and his community in June as they come together for their annual Fireman Field Days. He enjoyed hunting, doting on his grandchildren and his evening snack of Wise potato chips, milk and ice cream. Vince will be greatly missed by his loving wife of nearly 40 years, Debra E. Neville and his children: Christopher Neville; Karen (Mark) Kovacs; Douglas (Miranda) Neville; he was “Papa” to Megan, Ava, Gavin, Brayden and Whitney; also surviving are his brothers: Tim (Ruth) Neville; Edward Neville; sister: Patricia (Don) Roof; sister-in-law: Pam Neville; his father-in-law and mother-in-law: Doug and June Stewart; Deb’s siblings: Pamela, Wendy, Candy, Kim (Matt) and Don (Kelly); several aunts, uncles, nieces, nephews, cousins. Vince was predeceased by his parents James B. and Agnes Neville; his brother Dan; mother-in-law: Donna Stewart and his daughter-in-law Julie Neville. Family and friends are invited to attend a period of visitation on Sunday, May 28th from 1 to 3 and 6 to 8 pm at the Sutfin Funeral Chapel, 273 S. Main St., Nichols. A funeral service and celebration of Vince’s life will be held on Monday, May 29th at 11 am at the Sutfin Funeral Chapel with Pastor Larry D. Jennings, officiating. Interment will follow in St. Luke’s Cemetery. Memories and condolences may be shared by visiting his guest book at www.sutfinfuneralchapel.com Those who wish may kindly consider a memorial contribution to the Warren Township Vol. Fire Dept. PO Box 24, Rome, PA 18837 or the Bradford County 4-H Program, 200 Main Street # 3, Towanda, PA 18848 in loving memory of Vincent A. Neville.

No farewell words were spoken, no time to say goodbye, you were gone before we knew it and only God knows why&#8230;..Vincent A. Neville, 58, a well-known and respected dairy farmer passed away suddenly on Wednesday evening, May 24, 2017 at... View Obituary & Service Information

The family of Vincent A. Neville created this Life Tributes page to make it easy to share your memories.

Send flowers to the Neville family.