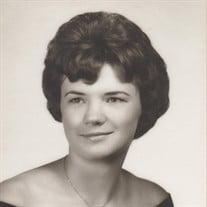 If tears could build a stairway, and memories a line, we'd walk right up to Heaven and bring you home again......Vivian D. Horton, 69, of Nichols, passed away peacefully on Monday evening, October 12, 2015 at the Robert Packer Hospital, Sayre. Vivian was born on May 27, 1946, a daughter of Jeanie Mae (Strope) and the late Frank Smith. She was a graduate of Tioga Center High School class of 1964. For many years, Vivian worked at area grocery stores to include, Smith Groceries, Harris’, Great American and John’s Fine Foods. She enjoyed reading, visiting with friends, neighbors and her two cats ~ although her greatest enjoyment was found being with her grandchildren. Vivian will be greatly missed by her son and daughter-in-law: Michael and Lisa Horton of Barton, NY; her daughter and son-in-law: Shelly and Randall Simmons of Nichols; her mother Jeanie Smith of Smithboro; brothers and sisters-in-law: Frank and Linda Smith of Waverly; Bernard and Debbie Smith of Sayre, Pa; Edward and Kelly Smith of Smithboro; her special grandchildren: Peter and Emma Simmons; step grandchildren: Kyle, Danielle, Eric and Sierra; step great grandchildren: Justin, Gage, Kyle Jr., and Dylin; her brothers-in-law: Dick Horton of Owego; Frank Mosher of Barton; sister-in-law: Irene Horton. Several nieces, nephews and their families also survive. Vivian was predeceased by her father Frank Smith in 1983, Doug Horton her former husband and father of her children; a sister Vicki Smith; Paternal grandparents: Blanche and Gilbert Smith; Maternal Grandparents: Mildred (Barr) and Edward Strope. Family and friends are invited to attend a period of visitation on Saturday, October 17th from 11 - 1pm at the Sutfin Funeral Chapel, 273 S. Main St., Nichols. A funeral service and celebration of Vivian’s life will follow at 1 pm at the funeral home with Pastor Sandra Thomas, officiating. Memories and condolences may be shared by visiting our website at www.sutfinfuneralchapel.com Those who wish may kindly consider a memorial contribution to the Community Care Network of Nichols, PO Box 100, Nichols, NY 13812 in loving memory of Vivian D. Horton.

If tears could build a stairway, and memories a line, we'd walk right up to Heaven and bring you home again......Vivian D. Horton, 69, of Nichols, passed away peacefully on Monday evening, October 12, 2015 at the Robert Packer Hospital, Sayre.... View Obituary & Service Information

The family of Vivian D. Horton created this Life Tributes page to make it easy to share your memories.

If tears could build a stairway, and memories a line, we&#39;d walk...