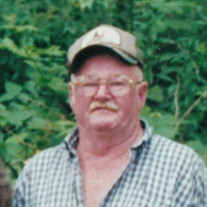 Our hearts still ache in sadness, and secret tears still flow, what it meant to lose you, no one will ever know..... Our hearts were broken on Tuesday, February 9, 2021 with the passing of our Dad, Brother and Grandpa Walter D. Jagger, 81, of LeRaysville, Pennsylvania. Walter was born on May 20, 1939 in Binghamton, NY, a son of the late Bryce and Dorothea Hill Jagger. Upon graduating from Tunkhannock High School, Walter joined the U.S. Army and proudly served his country before being honorably discharged on April 9, 1965. A vigorous and hardworking man, Walt began working at Masonite in 1966 and retired as a Wood Yard Specialist on June 3, 2019 following 53 years of service. Walt loved the outdoors and spent many hours fishing and hunting. He enjoyed trips up to the Little Mississippi in Canada to fish and spending time hunting with sons and grandsons. Walt cherished his time with his family and liked to play cards around a full table. One of his favorite pastimes was to watch the communal life at the birdfeeder outside his window, especially waiting for the hummingbirds’ visits. In addition, Walt was a member of the Towanda Gun Club, the Towanda Elks, and American Legion and Amvets. Those left to cherish his memory are ~ his children: Terri (John) Keegan of LeRaysville, PA, David Jagger of Herrickville, PA, Sherri (Tim) Dewolf of Mehoopany, PA, and Brett Jagger of LeRaysville, PA; his grandchildren: Brandon Jagger of Herrickville, PA, Kelsey Jagger of Scranton, Pa; Joshua (Sara) Brown of Wyalusing, Pa, Amanda Brown of Wyalusing, Pa; and Madison Jagger of Waverly, NY; his two great grandchildren: Emma Jagger of Mehoopany and Riley Corby of Scranton. Walt will also be remembered by his siblings: Sandra Hutchins of Tunkhannock, PA, Brad (Linda Kitner) of Tunkhannock, PA, Karen (John) Kretchman of Talbot, TN, and Judy Snyder of Tunkhannock, PA; and many nieces, nephews, and cousins and their families. He was predeceased by his parents; brother, Kevin Jagger; brother-in-law, Allen Hutchins; and daughter-in-law, Patty Jagger. Abiding by the family’s wishes, there will be no services. Walter will be laid to rest in Overfield Cemetery in Pennsylvania. Memories and condolences may be shared by visiting his guestbook at www.sutfinfuneralchapel.com. Those who wish may kindly consider a memorial contribution to LeRaysville Pike Fire Company 274 Saw Mill Rd. LeRaysville 18829 or HOPS Ambulance Association 6185 Herrickville Rd, Wyalusing, PA 18853 in loving memory of Walter D. Jagger.

Our hearts still ache in sadness, and secret tears still flow, what it meant to lose you, no one will ever know..... Our hearts were broken on Tuesday, February 9, 2021 with the passing of our Dad, Brother and Grandpa Walter D. Jagger, 81, of... View Obituary & Service Information

The family of Walter D. Jagger created this Life Tributes page to make it easy to share your memories.

Send flowers to the Jagger family.