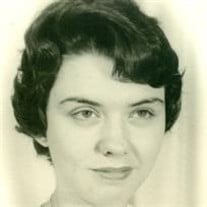 After a valiant 24-year fight with Multiple Sclerosis, Gloria Jean (Vergason) Lohmeyer died peacefully on August 14th, 2018 in Monroe, Michigan, at the age of 74. Gloria leaves behind her husband of 53 years, Loren “Len” Lohmeyer; a son, Loren “John” Lohmeyer (Cheryl Lohmeyer); a sister, Carol Jordan; nephew Jeff Jordan and niece Amy Jordan; and two grandchildren, Lukas and Chloe; sisters-in-law, Jan (Les) Swartz, Sally (Denny) Sundberg and Jill (Mike) Coleman, as well as several nieces and nephews. She was preceded in death by her mother and father, Lloyd and Eugenia Vergason, mother-in-law and father-in-law, Doris and Larry Lohmeyer, and brother-in-law, Woody Jordan. Gloria was born on November 12, 1943, in Waverly, New York. She graduated from Candor High School in 1961. Catching the eye of the local paper boy Len, he became her high school sweetheart and husband in 1965. Gloria’s smiling face brought cheer to her workplace at Tioga State Bank, where she put her sharp math and organizational skills to work as a bank teller and bookkeeper. In 1970, the couple welcomed the birth of their son John, and the three enjoyed trips to auto races, Williamsburg, and Disney. When John settled in Michigan after college and married, the Lohmeyers joined him in Monroe after the birth of their grandchildren. Gloria loved the time she spent with Lukas and Chloe, who would often visit after school. Gloria was beloved by her family and friends for her stories, her humor, her kindness, and her strength. In lieu of flowers, please send donations to ProMedica Hospice of Monroe, 1070 N. Monroe Street, Monroe, MI 48162 or your local MS Society. The family wishes to thank the caregivers of Wellspring Lutheran Home and the staff of Promedica Hospice for their outstanding care and support. The extended family thanks Len for the years of devoted, loving care he bestowed on Gloria. The two have provided an inspiring example of a marriage of strength, perseverance, and unconditional love. A celebration of Gloria’s life will be held on Sunday, September 2, 2018 from 1 until 4 pm. at the Candor Fire Hall, 74 Owego Road, Candor, NY 13743. Memories and condolences may be shared by visiting her guest book at www.sutfinfuneralchapel.com

The family of Gloria Jean Lohmeyer created this Life Tributes page to make it easy to share your memories.

After a valiant 24-year fight with Multiple Sclerosis, Gloria...

Send flowers to the Lohmeyer family.