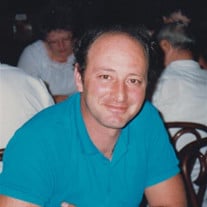 Surrounded by his family and those that meant the world to him, James Edward Schrader, Jr., 67, passed away and was welcomed into heaven by his Mom, on Friday, October 23, 2015. Jim was born on November 11, 1947 in Waverly, NY, a son of James E. Schrader, Sr. and the late Lula (Thorton) Schrader. He was a graduate of Northeast Bradford High School class of 1965. Shortly following graduation on June 26, 1965, he married Betty J. Morris and together they made Windham their home. For many years, Jim was employed at Agway and General Electric. He later owned and operated Valley Services, an agricultural equipment service company. Jim enjoyed hunting, bowling, reading and making his own maple syrup. He will be greatly missed by his loving wife of 50 years, Betty J. Schrader; his father James E. Schrader, Sr., of Windham; his children: Tammy Schrader of Endicott; Wendy Schrader of Windham, Pa; James III and his wife Erin of Endicott, NY; his sister Beverly Buchmann of Windham, Pa; his brothers and sisters-in-law: Melvin and Ann Schrader of Nichols; Dana Schrader of Windham, Pa; Tracy and Margarida Schrader of Windham, Pa; his grandchildren: Sondra, Victoria, Brigitt, Justin and Tyler; great grandchildren: Evalynn, Ilyeria and was anxiously awaiting the arrival of two more great grandchildren; his sister-in-law, Shirley Loomis; his aunt, Joanne Olmstead; an uncle, Tom Jenkins; several nieces and nephews. Jim was predeceased by his mother, Lula Schrader; his brother-in-law, William Buchmann; and aunt, Pat Jenkins. Family and friends are invited to attend a period of visitation and time of sharing memories on Tuesday, October 27, 2015 from 11 to 1 pm at the Sutfin Funeral Chapel, 273 S. Main St., Nichols. Funeral services and a celebration of Jim’s life will follow at 1 pm with Steven Lawrence, as celebrant. Interment and prayers of committal will follow in the Nichols Cemetery. Memories and condolences may be shared by visiting our website at www.sutfinfuneralchapel.com Those who wish may kindly consider a memorial contribution to the Alzheimer’s Association , 57 N Franklin Street, Wilkes-Barre, PA 18701 or Guthrie Hospice, 421 Tomahawk Rd, Towanda, PA 18848 in loving memory of James Edward Schrader, Jr.

Surrounded by his family and those that meant the world to him, James Edward Schrader, Jr., 67, passed away and was welcomed into heaven by his Mom, on Friday, October 23, 2015. Jim was born on November 11, 1947 in Waverly, NY, a son of James... View Obituary & Service Information

The family of James Edward Schrader Jr. created this Life Tributes page to make it easy to share your memories.

Send flowers to the Schrader family.