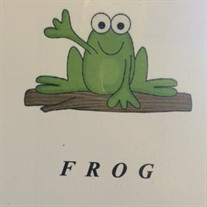 Those we have held in our arms for a little while, we hold in our hearts forever…Noah Lee Houghtaling, our precious little angel now resides with God. He quietly entered our lives on Saturday, February 27, 2016 and left minutes following his birth. Noah was greeted into heaven by his grandparents, Raymond F. Willson, Dorothy and Leon Evans, his great aunt Paula J. Gamble, his cousin Aubree Nykole Camerlin and close family friend Marion Jones Keifer. He leaves behind his parents, Robert and Angela (Willson) Houghtaling of Rome, Pa; his maternal grandparents Tom and Margaret Willson of Rome, Pa; his paternal grandparents Helen and Robert Houghtaling of Rome, Pa; maternal great grandmother Elnora Willson of LeRaysville; aunts and uncles: John and Cindy Ford, Laura Houghtaling Johnson and Joe Camerlin, Misty Houghtaling, and Faith and Kyle Bellinger; numerous cousins among them, Madeleine and Colby Bellinger, Domenick Affatato, Nickolas and Holly Houghtaling, and several great aunts and uncles also survive. Family and friends are invited to attend a period of visitation on Thursday, March 3, from 11 am to 1 pm at the Orwell Bible Church, Orwell Hill, Pa. Funeral services will follow at 1 pm at the church, with Pastor Richard Vieldhouse, Pastor Dale Anschuetz, Pastor David Nelson and Dr. Rev. Garry Jones, officiating. Interment will follow in the Darling Cemetery. Condolences for Noah’s family may be shared by visiting his guestbook at www.sutfinfuneralchapel.com To help others, Noah’s family would like you to consider a memorial contribution to the Endless Mountains Pregnancy Center ~ First Look Ultra Sound, 26 West Main Street, Canton, PA 17724 in loving memory of Noah Lee Houghtaling. The Cooley Family of the Sutfin Funeral Chapel is honored and privileged to serve Noah's family.

Those we have held in our arms for a little while, we hold in our hearts forever&#8230;Noah Lee Houghtaling, our precious little angel now resides with God. He quietly entered our lives on Saturday, February 27, 2016 and left minutes following... View Obituary & Service Information

The family of Noah Lee Houghtaling created this Life Tributes page to make it easy to share your memories.

Those we have held in our arms for a little while, we hold in...

Send flowers to the Houghtaling family.