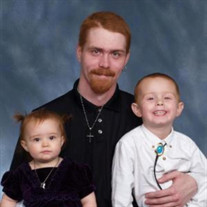 No farewell words were spoken, no time to say goodbye, you were gone before we knew it and only God knows why….. Our hearts were broken on Sunday, December 20, 2020 with the unexpected passing of our beloved Timothy Parker Hawthorne, 39, of LeRaysville, PA. Tim was a loving son, brother, father, uncle, cousin, nephew and a loyal friend. He was born on June 8, 1981 in Sayre, Pa a son of Brian and Judith Hawthorne. He was a graduate of Northeast Bradford High School class of 2001. Following graduation, Tim joined the workforce at National Pipe & Plastic where he has been a faithful and dedicated employee for 19 years. He was recently promoted to Blending Manager and was so proud of that accomplishment. He took great pride in his job. Music was healing therapy to Tim, he was often requested to DJ at many weddings and parties. His children Dayden and Cherish made his heart sing. He enjoyed spending time with his children listening and introducing them to all genres of music. They were his pride and joy. A day was complete when Tim would take Dayden and Cherish “mudding” and 4-Wheeling thru the hills of LeRaysville. He was a big kid at heart, and will be remembered as a jokester. A family gathering was made all the brighter when Timmay was there, whether it was spinning the tunes or making a person smile, even in the toughest situation. He will be greatly missed by his parents Brian and Judy (Baldwin) Hawthorne of Le Raysville, Pa. Two Children a Son Dayden Hawthorne (13) and Daughter Cherish Hawthorne (11). Three Brothers, Eric (Fawne) Baldwin-Hawthorne of Rome, Pa, Jonathon (Linda) Williams of Woodland Park, Colorado and Alexander (Holly) Hawthorne of Owego, NY. Two sisters, Miriam (Alan) Home of San Mateo, Ca and Vicky (Chad) Culbertson of Endicott, NY. His paternal grandparents: Shirley Graham and Gordon Hawthorne. Two nieces Ayla and Allison and one nephew Parker. Several Aunts and Uncles also survive. Tim was welcomed into heaven by his maternal grandparents Frances & Parker (Elson) Baldwin and his uncle Everett Baldwin. A period of visitation will be held on Saturday, December 26th from 1 to 3 pm at the Sutfin Funeral Chapel 273 S. Main St., Nichols. Appropriate precautions will be taken for public health concerns when at the funeral chapel to include wearing masks and social distancing. A private family service will be held at the conclusion of calling hours. The service will be streamed and may be viewed at: https://my.gather.app/remember/timothy-hawthorne A bonfire and time of sharing memories and laughter will also be held to celebrate Tim’s 40th birthday on the weekend of his birthday. The family extends their sincere thank you for all the condolences. Memories and condolences may be shared by visiting his guestbook at www.sutfinfuneralchapel.com Those who wish may kindly consider a memorial contribution to his children c/o First Citizens Community Bank, 960 Main St., LeRaysville, Pa 18829 in loving memory of Timothy Parker Hawthorne.

No farewell words were spoken, no time to say goodbye, you were gone before we knew it and only God knows why&#8230;.. Our hearts were broken on Sunday, December 20, 2020 with the unexpected passing of our beloved Timothy Parker Hawthorne,... View Obituary & Service Information

The family of Timothy Parker Hawthorne created this Life Tributes page to make it easy to share your memories.

Send flowers to the Hawthorne family.