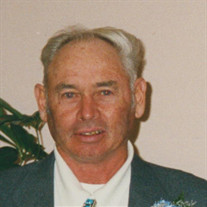 After a loving and fulfilling life, William J. Haner, 80, of Nichols, NY, entered into God’s arms on August 7, 2015. He is reunited with his adoring wife of 51 years, Betty, and his parents Cecil and Edna Haner. He is survived by his five children, Ann and Steve Supa, Cindy and Steve Tennant, Debbie and Craig Race, Michael Haner and Hugh Horton, Michelle Haner and Jason French; four grandchildren, Courtney and Nathan Harrington, Kaitlyn Supa, Stephanie and Jacob Brandt, Ethan Supa; two great-grandchildren, Hunter and Jessa Harrington; two sisters, Margaret and Merle Lawton, Mary Hazel and Donald Zimmer; two brothers, Joseph and Ellen Haner, James and Nancy Haner; and lifelong friend Mick Donnelly. William, or to his friends and family Bill, led a rewarding and happy life. He proudly served in the United States Army for three years before returning to his lifelong passion of dairy farming. He bought the family farm in Nichols, NY; where he and his wife Betty raised their five children and milked Registered Holsteins. When they weren’t busy on the farm they were spending time as a family on vacation or at cattle shows. He had a good eye for dairy cattle and enjoyed spending time at various cow shows throughout the state or at an auction. He was a member of the New York State Holstein Association for 65 years. One of his greatest joys was watching his children, grandchildren and great-grandchildren show livestock at the county fairs. He was also an avid bowler on various leagues over the past 60 years. He will be remembered as a family man; who enjoyed spending time with his loved ones. The family wishes to thank Debbie and Craig Race for their devoted care and support for Bill during his final years. Family and friends are invited to attend a period of visitation on Thursday, August 13th from 5 – 8 pm at the Sutfin Funeral Chapel, 273 S. Main St., Nichols. Funeral services and a celebration of Bill’s life will be held on Friday, August 14th at 10 am. Interment and prayers of committal will follow in the Nichols Cemetery. Memories and condolences may be shared by visiting our website at www.sutfinfuneralchapel.com In lieu of flowers the family requests that you make a donation in Bill’s memory to Community Care Network of Nichols, PO Box 100, Nichols, NY 13812 or Tioga County 4-H, 56 Main Street, Owego, NY 13827. We also ask that you take a moment to hug your loved ones or spend time in nature because time waits for no one.

After a loving and fulfilling life, William J. Haner, 80, of Nichols, NY, entered into God&#8217;s arms on August 7, 2015. He is reunited with his adoring wife of 51 years, Betty, and his parents Cecil and Edna Haner. He is survived by his five... View Obituary & Service Information

The family of William J. Haner created this Life Tributes page to make it easy to share your memories.

Send flowers to the Haner family.