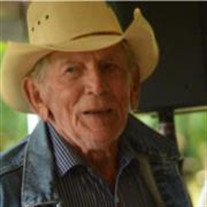 Donald came into this world on April 17, 1932 in Jersey City, New Jersey and he departed peacefully on December 15, 2021. In his 89 years of life he had many accomplishments, joys and sorrows that he and his family were proud of. Donald was predeceased by his parents Francis and Sophia (Bothner) Schwarz, his wife Patricia K. Schwarz, his sisters Madeline Zimmermann and Margaret Anne Yuda, brothers Francis P. Schwarz and Kenneth Schwarz. He is survived by his youngest sister Catherine Marie Cuccia, of Virginia, his cousin Janet Zurla, of Florida, his children, grandchildren, great grandchildren, nieces and nephews and many special friends in the community. Don graduated from Pearl River High School, Pearl River, New York in 1950. He joined the Air Force in 1951 and after basic training he was stationed at Scotts AFB, in MD where he was trained in Radio Communication and Radio Mechanics. He was Honorably Discharged in 1955 and went West to the University of Missouri School of Minds & Metallurgy where he spent the next four years and graduated with an Electrical Engineering Degree. That same year he started his career at IBM Owego, NY, as a Junior Engineer. He proved his worth working his way up the ladder and in 1967 he became a Senior Engineer with his own Research and Development lab to develop and work on design displays. Don and his team became known as the “Display Experts”. They worked on many different kinds of military projects from aircraft, submarine to the NASA Space Shuttle program. In 1974, he purchased what he later described as “My Greatest Accomplishment, My Farm”. Don dream of farming became reality when he purchased his property in Nichols, NY that he christened as “Hi-View Farm”. For the next 46 years, together Don and Patty worked the Farm, raising beef cattle, horses, chickens and took classes through Cornell University in cow/calf operations, animal husbandry and beef producers. Don was most happy in the summer during hay season, when he could spend hours driving his John Deere tractor through the fields making big round bales of hay. He also loved watching the PBR with Patty, as he always called it “the only real sport, man against beast”. Don was blessed to have had a long, healthy, active life, and to have had so many titles. He was the Tioga County Beef 4-H leader for many years, Commander and Chief of the American Legion Post 1624 in Nichols NY, and in 1987 he was named Manager of the Year at IBM Owego. But perhaps the title he most enjoyed, and the one most people knew him as was…”Farmer Don”. Memories and condolences may be shared by visiting his guestbook at www.sutfinfuneralchapel.com The family is planning a memorial service in April 2022.

Donald came into this world on April 17, 1932 in Jersey City, New Jersey and he departed peacefully on December 15, 2021. In his 89 years of life he had many accomplishments, joys and sorrows that he and his family were proud of. Donald was... View Obituary & Service Information

The family of Donald F. Schwarz created this Life Tributes page to make it easy to share your memories.

Send flowers to the Schwarz family.