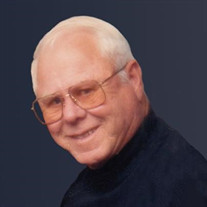 Those we love don’t go away, they walk beside us every day. Unseen, unheard, but always near, so loved, so missed, so very dear…. Our hearts were broken on Friday September 6, 2019 with the passing of our loving husband, dad, grandpa, great grandpa, brother, uncle and friend Douglas Alden Martin, 88, of Sayre, PA. Doug was born on September 29, 1930 at his grandmother’s house in Nimmonsburg, NY a son of the late Robert and Marjorie (Williams) Martin. Doug proudly served his country with the US Navy and was a Gunner’s Mate during the Korean War. On July 7, 1956 he married the love of his life Dolores Taylor and together they shared 63 years of marriage. Doug drove school bus for Tioga Central School District for 15 years. For many years, Doug worked along side his dad and was partner in Robert I. Martin & Son ~ together they owned twelve service stations throughout Tioga County. He was a member of the Westbrook Masonic Lodge #333, the VFW #1371, the American Legion, Nichols-Tioga JC’s Club, the Nichols-Tioga Lions Club. In addition, Doug was also a charter member of the Tioga Center Fire Company and a life member of the Tioga Country Club. He enjoyed coaching Little League Baseball for his kids when they were small and served as an instructor for the NYS Hunters Safety Program. Doug loved hunting, fishing and had many fond memories of fishing on the Wesley Island. But most of all, he treasured the time spent with his family. Doug will be greatly missed by his loving wife, Dolores; his children: Daniel (Donna) Martin; Robert (Colleen) Martin; and Michael (Angela) Martin; his grandchildren: Ashley Martin (Peter Martin), John Alden (Crystal) Martin, Thomas Martin, Melinda (Andy) Babcock, Andrew (Shelby) Martin, Joseph Martin, Doug Martin, Jake Martin and Audra (Derek) Myers; his 10 great grandchildren; and his sister Kathy Jane (Martin) Wiphler. His sisters-in-law: Roberta Honnick; Carol Clark and Louise (George) Beville. Several nieces, nephews and their families also survive. Family and friends are invited to attend a period of visitation on Friday, September 13th from 6 to 8 pm at the Sutfin Funeral Chapel, 273 S. Main St., Nichols. Masonic services will be held at the conclusion of calling hours. A funeral service and celebration of Doug’s life will be held on Saturday, September 14th at 3 pm at the Sutfin Funeral Chapel. Military honors will be accorded following the services. Memories and condolences may be shared by visiting his guestbook at www.sutfinfuneralchapel.com Those who wish may kindly consider a memorial contribution to the Nichols Tioga Little League, PO Box 323, Nichols, New York 13812 in loving memory of Douglas Alden Martin.

Those we love don&#8217;t go away, they walk beside us every day. Unseen, unheard, but always near, so loved, so missed, so very dear&#8230;. Our hearts were broken on Friday September 6, 2019 with the passing of our loving husband, dad, grandpa,... View Obituary & Service Information

The family of Douglas Alden Martin created this Life Tributes page to make it easy to share your memories.

Send flowers to the Martin family.