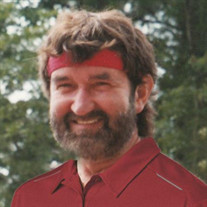 To Watch the Live Stream of Jim's Service: ClickHere Goodbyes are not forever, goodbyes are not the end. They simply mean we’ll miss you until we meet again…. James Daryl Parks, 75, of Ridgebury Twp., Pa passed away with his family at his side on Thursday morning, January 20, 2022. Jim was born on July 5, 1946 in Sayre, Pa a son of the late Daryl and Doris (Rolls) Parks. He was a graduate of the Athens High School class of 1964. In 1965, he was drafted to serve his country with the US Army during Vietnam. Following his honorable discharge, Jim returned home to Orange Hill and assisted his family in the operation of the family farm ~ Parks Knoll Farm. Following retirement, 13 years ago from Sanmina Corp in Owego Jim enjoyed spending time tending to his yard and the peaceful solitude at “Pops Dream” He was a talented woodworker, and enjoyed spending time in his woodshop and had a keen eye to repair anything mechanical. He always had a twinkle in his eye and his smile could brighten anyone's day. In July 2021, he was awarded for his dedicated and honorable military service at the Parks/Rolls Family Reunion when he received a Quilt of Valor made and presented by his niece, Shelley Ford. It broke our hearts to lose you Jim, but you didn’t go alone, for part of us went with you the day God called you home. Jim will be greatly missed by his wife Debra Parks; his step daughter Angela Shaff and was “Bampa” to Jordyn and Jocelyn; and Brandon Parks. He is also survived by his siblings: Judy (Dick) Tobbe, Sandy (Walt) Robinson, Penny (Roy) Peterman; his brother-in-law Dewey Russell and sister-in-law: Cindy Millard. Several nieces, nephews, cousins and a large extended family. Jim was predeceased by his parents Daryl and Doris Parks, his step mom Betty Thetga Parks; a son James Edwin Parks, siblings: Carolyn Russell, Donald Parks; and a sister-in-law: E. Rae Parks. Family and friends are invited to attend a period of visitation on Sunday, January 23rd from 1 to 3 pm at the Sutfin Funeral Chapel, 273 S. Main St., Nichols. Those attending will need to follow NYS mask guidelines. A memorial service and celebration Jim’s life will follow at 3 pm. Jim will be laid to rest in the Orange Hill Cemetery. Memories and condolences may be shared by visiting his guestbook at www.sutfinfuneralchapel.com Those who wish may kindly consider a memorial contribution to the Orange Hill Cemetery Association, c/o Mr. Alan Bradley, 1150 Ridge Road, Athens, PA 18810 in loving memory of James D. Parks.

To Watch the Live Stream of Jim's Service: [ClickHere]https://my.gather.app/remember/james-parks Goodbyes are not forever, goodbyes are not the end. They simply mean we&#8217;ll miss you until we meet again&#8230;. James Daryl Parks, 75,... View Obituary & Service Information

The family of James Daryl Parks created this Life Tributes page to make it easy to share your memories.

To Watch the Live Stream of Jim&#39;s Service:
ClickHere