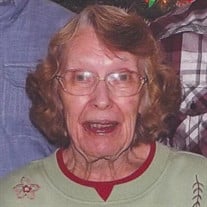 Softly in the morning, you heard a gentle call, you took the hand God offered you and quietly left us all… Janet W. Ford Carr, 84, of Potterville, Pa passed away peacefully in her sleep on Sunday, August 16, 2020 at the Bradford County Manor where she had resided since October. Janet was born on June 20, 1936 in Salona, Pennsylvania, a daughter of the late Harold and Edna (Walizer) Wetzel. She attended school in Lock Haven, PA, and was a graduate of the Lock Haven Teacher’s College. Following graduation, she taught kindergarten in Towanda, Pa. On December 27, 1959 she married Stanley Ford and their lives were blessed with four sons. Janet’s heart was broken on February 5, 1989 when Stanley passed away. For many years, Janet opened her home and shared the love of teaching piano lessons to many. She had a great love for music serving as choir director at the Orwell Federated, Dille Parish, and West Warren Churches, and also participated with the Community Singers. A devoted and caring Christian, Janet was a member of the First Congregational Church of West Warren. She treasured the time when she was able to gather with friends for Bible study. On December 12, 1993, Janet was united in marriage with Elwood Carr ~ together they shared twenty-three years of marriage until his passing on February 22, 2017. Janet will be greatly missed by her sons and daughters-in-law: Gavin Ford; Dreck and Des Ford; Jared and Stacy Ford; and Nigel Ford. Her grandchildren: Bryan Ford, Adam Ford, Heather Donenko, and Paul Kapr. A sister-in-law: Kay Fice; many nieces, nephews and a special cousin Bob Wetzel; Janet is also survived by Elwood’s children and grandchildren; and her feline companion Tommy. Janet was welcomed into heaven by her parents; her husband’s Stanley and Elwood; and a daughter-in-law: Lisa Ford. Family and friends are invited to attend a period of visitation on Friday, August 21st from 10 to 12 pm at the West Warren Congregational Church, 7472 LeRaysville Rd, Rome, PA 18837. A funeral service and celebration of her life will follow at 12 pm. Janet will be laid to rest in the Orwell Cemetery. Memories and condolences may be shared by visiting her guestbook at www.sutfinfuneralchapel.com Flowers will be provided by the family and memorial contributions may be directed to the First Congregational Church of West Warren, c/o, Judy Davenport, 3645 North Rome Road, Ulster, PA 18850 or the You Too Animal Rescue, 916 Dunn Hill Road, Monroeton, PA 18832 in loving memory of Janet W. Ford Carr.

Softly in the morning, you heard a gentle call, you took the hand God offered you and quietly left us all&#8230; Janet W. Ford Carr, 84, of Potterville, Pa passed away peacefully in her sleep on Sunday, August 16, 2020 at the Bradford County... View Obituary & Service Information

The family of Janet Ford Carr created this Life Tributes page to make it easy to share your memories.

Send flowers to the Carr family.