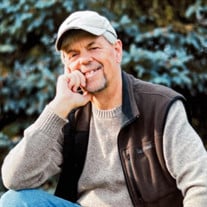 To Watch John's Live Stream of His Service: ClickHere Those we hold most dear never truly leave us…. They live on in the kindnesses they showed, the comfort they shared and the love they brought into our lives ~ Our American Hero and beloved Fire Chief John E. Keegan, 74, of LeRaysville answered his last call on Tuesday morning, March 15, 2022. He served his community as a Borough Councilman and was a dedicated fifty-year member of the LeRaysville Pike Volunteer Fire Company and for the last thirty-six years he was our Fire Chief. He always carried a smile, could brighten anyone’s day and was so very helpful to others in need. His community will miss his mischievous ways of directing the Fireman’s Minstrel and playing at many area venues in his band “Dual Alarm” He leaves a legacy with us of courage, dependability, selfless devotion and sacrifice. John’s steadfast leadership, and example as a servant heart will be missed but never forgotten. John was born on September 10, 1947, at Tioga General Hospital in Waverly, NY a son of the late Walter C. and Charlotte (McDonald) Keegan and stepson of Ann Keegan. John spent his youth growing up “in the valley” and was proud to say that he was an Athens Bulldog ~ John graduated from Athens High School class of 1965. Shortly following graduation he enlisted into the US Army and served his country during the Vietnam War. In 1968, John returned home and started his 50 year career with DuPont and was employed there until his passing. John was not only a dedicated fireman, he was dedicated to the endless pursuit of the perfect game, fond memories of the challenges of the golf course. On August 26, 1995, he married Terri Jagger and they have made LeRaysville their home. In addition to his wife Terri, John is survived by his daughters: Camille Keegan of Crozet, VA; Keri Yelding of Scottsville, VA; his grandchildren: Ryan Keegan, Brandon Keegan, Karina Yelding, Amber Yelding; his siblings: Connie (Jerry) Young of Longs, SC; Charlie (Deanna) Keegan, of Jenks, OK; Rita (George) Cori of Warren Center, PA; his mother in law: Janet Jagger (Tom Dunn) of Wyalusing, PA; brothers-in-law and sisters-in-law: David Jagger of Herrickville, Pa; Brett Jagger of LeRaysville,Pa; Sherri (Tim) DeWolf of Mehoopany, PA; Thomas Farr of Sayre, Pa; Linda Keegan of Wilmington, NC; several aunts, uncles, nieces, nephews, cousins, friends and his beloved fur baby Brooklyn. John was predeceased by his parents, stepmother; his siblings: Janice Farr, Richard Keegan; father-in-law: Walter Jagger and sister-in-law: Patty Jagger. The family invites all to come to the celebrate John’s life on Saturday, March 19th from 9 am – 11 am at the LeRaysville Pike Volunteer Fire Department, 91 School Street, LeRaysville, PA 18829. A service celebrating John’s life will follow at 11 am. John will be laid to rest in the Camptown Cemetery. Following the service a luncheon will be held at the LeRaysville Community Hall. Memories and condolences may be shared by visiting his guestbook at www.sutfinfuneralchapel.com Those who wish may kindly consider a memorial contribution to the LeRaysville Pike Fire Dept., 274 Saw Mill Rd., LeRaysville, PA 18829 in loving memory of Fire Chief John E. Keegan. Caring assistance is being provided by the Sutfin Funeral Chapel, 273 S. Main St., Nichols. Rest well, thy good and faithful servant.

To Watch John's Live Stream of His Service: [ClickHere]https://my.gather.app/remember/john-keegan Those we hold most dear never truly leave us&#8230;. They live on in the kindnesses they showed, the comfort they shared and the love they brought... View Obituary & Service Information

The family of John E. Keegan created this Life Tributes page to make it easy to share your memories.

To Watch John&#39;s Live Stream of His Service:
ClickHere

Send flowers to the Keegan family.