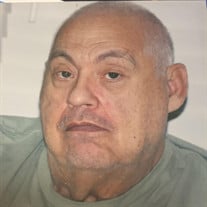 LeRoy R. Hoover, Jr., 74, of Rome Twp., passed away early Sunday morning, December 13, 2020 at the Robert Packer Hospital following a lengthy illness and complications. He was born on December 11, 1946 in Williamsport, Pa a son of the late Mary (Reynolds) and LeRoy R. Hoover, Sr. He grew up in the Picture Rocks and Hughesville area until enlisting into the Air Force in April of 1966 where he was a Military Police Officer. LeRoy was a Vietnam veteran but also served in Bangor, Maine and in Atlantic City, NJ. He met his wife, Linda, on a blind date and were married November 27, 1971. They just celebrated their 49th wedding anniversary and his 74th birthday. LeRoy was employed at Tioga Foundry in Owego, NY; Iroquois Foundry in Waverly, NY, Ajax Foundry in Sayre, Pa and Masonite Corp. in Wysox, Pa. Complications from Type II diabetes caused him to retire early. He enjoyed hunting and fishing when able. He was a life member of the VFW Asylum Post 6072, life member of Amvets Post 187 in Wysox, a member of the American Legion in Towanda, and a former member of the NRA. LeRoy was an avid fan of his sons’ baseball games and became an umpire for several years. He treasured the time spent with family and his friends. LeRoy is survived by his wife, Linda at home, sons Franklin Hoover, John (Nicole) Hoover. Three granddaughters: Elizabeth, Audrey, and Rachel. He is also survived by his brother-in-law: Cayce Doane; a nephew Aaron (Jennifer) Doane their son, Nathaniel, a niece Emily, her children Silas and Sonja and a niece Angela. He was predeceased by his father, LeRoy R. Hoover, Sr., and his brother Larry G. Hoover in 1985 and his mother, Mary R. Hoover in 2006. Abiding with the families wishes there will be no viewing hours or funeral service. Memories and condolences may be shared by visiting his guestbook at www.sutfinfuneralchapel.com Those who wish may kindly consider a memorial contribution to St. Jude’s Children’s Hospital, 501 St. Jude Place, Memphis, TN 38105 or by visiting www.stjude.org

LeRoy R. Hoover, Jr., 74, of Rome Twp., passed away early Sunday morning, December 13, 2020 at the Robert Packer Hospital following a lengthy illness and complications. He was born on December 11, 1946 in Williamsport, Pa a son of the late... View Obituary & Service Information

The family of LeRoy R. Hoover Jr. created this Life Tributes page to make it easy to share your memories.

Send flowers to the Hoover family.