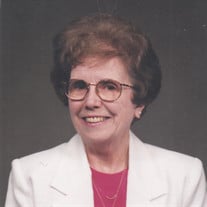 Marian Coleman Albro, of Lounsberry passed away February 6, 2018 at the age of 91. She was predeceased by her husband Clifford W. Albro. Marian was born on October 7, 1926 in Smithboro. Marian attended Tioga Center High School and graduated from Owego Free Academy in 1943. She met Clifford Albro at OFA and they married in November 1944. They lived at Hickory Holm Farm, where Clifford was in business with his father, Myron D. Albro. Marian and Clifford raised four children on their farm. She was involved in many domestic activities, including vegetable and herb gardening. For many years, Marian ran a 4-H club known as the Lounsberry Busy Bees. They won numerous local and state awards for their cooking and sewing. Marian volunteered at the Nichols Library for many years. She was also a long-standing member of the Lounsberry Methodist Church, where she taught Sunday school classes. After Clifford gave up farming in the 1960’s, he worked for over 20 years at the Nichols National Bank. During this time, he and Marian traveled extensively spending their last few years together in Florida. Marian is survived by her sister Audrey Oliver; her children, Crystal (Robert) Rutan, Linda (Harry) Kellow, Laurie Albro and Wells (Phyllis) Albro. She is also survived by five grandchildren, eight great-grandchildren, two nephews and two nieces. She was a beloved member of the Lounsberry Community and will be greatly missed. The family would like to thank the Riverview Manor Nursing Home for their wonderful care of Marian during her time there, especially Whitney. Family and friends are invited to attend a period of visitation on Saturday, February 24th from 1 to 3 pm at the Sutfin Funeral Chapel, 273 S. Main St., Nichols. A memorial service and celebration of Marian’s life will follow at 3 pm. Marian will be reunited with Clifford in the Smithboro Cemetery at the convenience of the family. Memories and condolences may be shared by visiting her guest book at www.sutfinfuneralchapel.com In lieu of flowers, please consider a contribution to the Riverview Manor Nursing Home, 510 5th Ave., Owego, NY 13827 or a charity of one’s choice in loving memory of Marian Coleman Albro.

Marian Coleman Albro, of Lounsberry passed away February 6, 2018 at the age of 91. She was predeceased by her husband Clifford W. Albro. Marian was born on October 7, 1926 in Smithboro. Marian attended Tioga Center High School and graduated... View Obituary & Service Information

The family of Marian Coleman Albro created this Life Tributes page to make it easy to share your memories.

Send flowers to the Albro family.