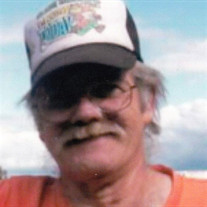 Oscar William “Uncle Bill” French, 2nd, of Litchfield, Pa passed away peacefully at home following a brief illness on Thursday, February 1, 2018. Bill as he was affectionately known as was born on January 5, 1947 in Athens, PA a son of the late Oscar French Sr. and Clara Avery French. Bill attended Athens High School and was ambitious young man ~ mowing yards, shoveling sidewalks, and working on local area farms. At the age of 16 he enlisted in the United States Air Force with the signatures and blessings from his parents. He proudly served with honor for four years. Following a honorable discharge he married and worked in the Elmira area at Kennedy Valve and tire shops. He moved to Texas for a while and made a living as a wrecker driver and moved to Florida where he worked for Walmart and later worked at Walmart in Prompton, PA. Bill eventually returned home to the valley to enjoy his retirement. Bill enjoyed watching NASCAR especially his favorite driver Harry Gant. He always looked forward to family gatherings and having a cook-out. Bill was a former member of the South Waverly and J. E. Wheelock Hose Company ~ if anyone needed a helping hand, Bill was always the first to show up. Bill will be greatly missed by his son and daughter-in-law: Russell and Susan French of Lakeland, Fla; his long time companion and special friend Mary Fox; his step sons Anthony and Jeffrey Frisbie of Troy, Pa; his siblings: Joyce & Ron Simons of Penn Yan, NY, Ron Reynolds of Russell, Pa, Claude and Carol Arnold of Ulster, Pa, Diana and Dick Newman of Warren Center, Pa, Kevin Reynolds of Ulster, Pa, Pennie French of Litchfield, Pa and Walt French of Litchfield, Pa; a brother-in-law Walt Casselbury of Waverly, NY: many grandchildren among them Russell French, Jr. and Benjamin French, great grandchildren, nieces, nephews, cousins, friends and his best dog friend Shilo. Bill was predeceased by his father: Oscar William French, Sr., his mother Clara Avery Douglas; Sister: Pat Casselbury, Step-Mother Lorena Mae French; his Grandparents Miles and Mildred French and Russell and Myrtle Avery. Abiding with his wishes, services will be held at the convenience of the family. Memories and condolences may be shared by visiting his guest book at www.sutfinfuneralchapel.com

Oscar William &#8220;Uncle Bill&#8221; French, 2nd, of Litchfield, Pa passed away peacefully at home following a brief illness on Thursday, February 1, 2018. Bill as he was affectionately known as was born on January 5, 1947 in Athens, PA... View Obituary & Service Information

The family of Oscar W. French, 2nd created this Life Tributes page to make it easy to share your memories.