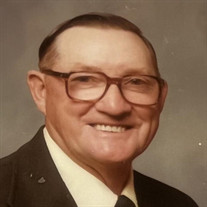 Richard M. Keene Richard Miles Keene, 92, formerly of RoKi Blvd., Nichols and Castle Gardens, Vestal, passed away peacefully on June 8, 2022. He was born August 20, 1929, in Sayre, PA, the son of Floyd and Susie Keene. He was predeceased by his wife Lois Luckner Keene, his son Stephen Keene, his sister Shirley Millard, brothers Gerald and Edward Keene, brothers-in law Jim Birney, Maurice Fay, Robert Millage, and Clifford Millard. He is survived by: his daughter Diane Keene of Johnson City, son James (Linda) Keene of Arlington, TX, daughter-in-law Renee Keene of Charlotte, NC., his sisters: Elizabeth Birney and Louise Fay of Waverly, Lois (Fred) Hill of Barton, and his sister-in-law Mary Keene of Waverly, his grandchildren: Jonathan (Sarah) Couchman, Cristopher (Sara) Couchman, Stacy (Albert) Gross, Kelly Keene, and Brandon (Kimberly) Keene, seven great grandsons, numerous nieces and nephews, and special friends Barb and Bill Wolfe. Richard "Dick" graduated from Waverly High School in 1948 where he met his wife Lois. He excelled in athletics in high school, and after high school continued his love of baseball playing for the local Barton Bombers. He also enjoyed bowling and traveled out of town to numerous tournaments for many years. He enjoyed coaching and volunteered at the Waverly Little League and Babe Ruth League for many years. He was a life-long sports fan and especially enjoyed watching the New York Yankees. He was an avid fan of Syracuse Basketball and was often seen wearing a variety of Syracuse logo sweatshirts. He worked for a short time at American Bridge in Elmira after high school, but was employed by IBM in Endicott and Owego for most of his career where he worked on construction of the computers used to power the Mercury and Apollo missions of the early space program. He retired in 1994 after 28 years with company. He also worked at the Tioga Country Club in Nichols from its construction and enjoyed working as head groundskeeper for many years after retiring from IBM. His home in Nichols was just behind the 15th green, and when he wasn’t working, he was golfing or golf ball hunting. He and his wife Lois retired to Davenport, Florida, where they spent their winters as snowbirds until 2015. They enjoyed golfing, visiting Disney World, and their retirement traveling to Nashville, islands in the Caribbean, the Bahamas, as well as to Alaska and Hawaii. Family and friends are invited to attend a period of visitation for Dick on Monday, June 27th from 10am to 11:30am at the Sutfin Funeral Chapel, 273 S. Main St., Nichols. A gathering will follow at the Tioga Country Club. Dick will be laid to rest at the convenience of the family in the Tioga Point Cemetery, Athens. In lieu of flowers, the family requests that donations be made in Richard’s name to a charity of your choice. Those wishing to share memories or condolences may do so by visiting “Obituaries” at www.sutfinfuneralchapel.com

Richard M. Keene Richard Miles Keene, 92, formerly of RoKi Blvd., Nichols and Castle Gardens, Vestal, passed away peacefully on June 8, 2022. He was born August 20, 1929, in Sayre, PA, the son of Floyd and Susie Keene. He was predeceased by... View Obituary & Service Information

The family of Richard Miles Keene created this Life Tributes page to make it easy to share your memories.

Send flowers to the Keene family.