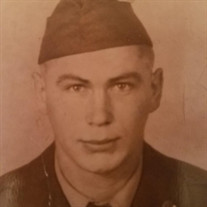 Robert L. “Bob” Burgess, 84, of Athens, Pennsylvania passed away on Sunday May 28, 2017 in New Mexico. Bob was born on July 4, 1932 a son of the late Harvey and Edna (Avery) Burgess. He proudly served his country in the military as a paratrooper. Bob enjoyed hunting and spending time with his friends and family. He had a reputation for being a good shot. Bob was a member of the Litchfield Community for many years. Many will remember him for hauling milk in cans, logging and selling peaches and produce from the back of his truck. Bob was predeceased by his wife Charlotte Burgess, his brothers Rodney and Raymond, a sister Genevieve Burgess and step children Linda VanDerpool and Steven Stack. Bob is survived by his daughter Tracy Burgess of Ballston Spa, NY; seven step children: Lawrence Stack, Jr., Loretta Stack, George Stack, Emma Cron, Sharon Burgess, Dale Stack and Gerald Stack. His grandchildren: Chad, Shelby, Nicholas, Hailie and Ava. Great grandchildren: Emma, Aiden, Aeribella and Bradley. His brothers and sisters-in-law: Gerald and Iva Burgess of Fillmore, NY; Gene Burgess, Philip and Sharon Burgess, Donald Burgess, LeRoy and Terry Burgess all of Sayre, Pa; his sisters Barbara Rockwell of Halsey Valley, NY; Blanche and Francis McIntire of Old Town, Fla; Martha and John Meek of Millville, Pa, Alice Crossett of Waverly; many nieces, nephews and their families also survive. Family and friends are invited to attend a memorial service and celebration of his life on Saturday, July 8th at 10:30 am at the Litchfield United Methodist Church with Pastor Jon Austin, officiating. Interment will be held at the convenience of the family in the Orange Hill Cemetery. Memories and condolences may be shared by visiting his guest book at www.sutfinfuneralchapel.com

The family of Robert "Bob" L. Burgess created this Life Tributes page to make it easy to share your memories.

Send flowers to the Burgess family.